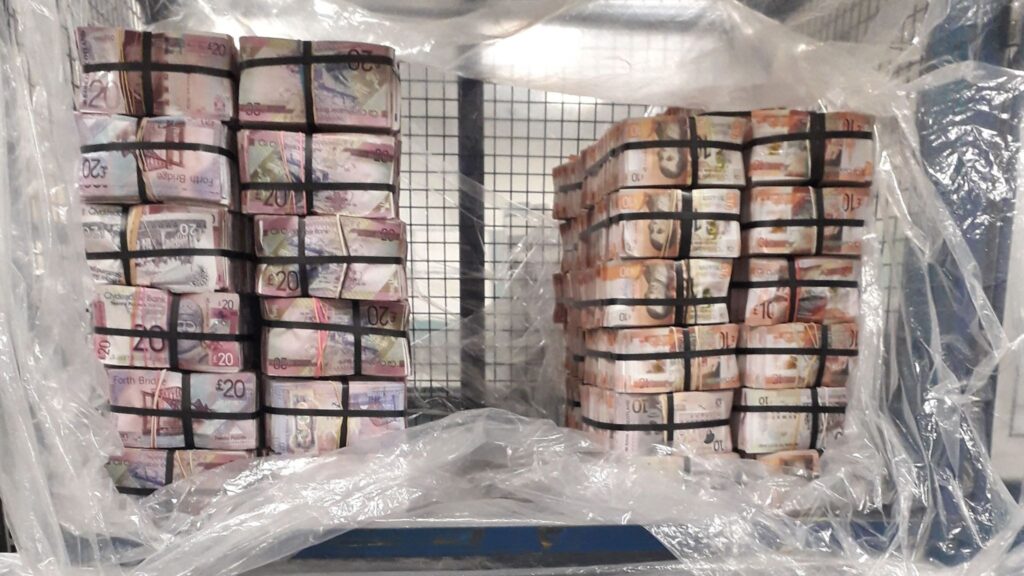 Three men are sentenced following the Metropolitan Police’s largest-ever single seizure of cash at the apartment in Fulham.

Police discovered more than £5m in cash in a London flat after a criminal gang reportedly “didn’t know what to do with it”.

Three men were sentenced on Friday following the Metropolitan Police’s largest-ever single seizure of cash at the apartment in Fulham.

Bundles of “dirty cash” were found hidden in plastic shopping bags under a bed and strewn on the floor, the force revealed.

Police said the cash was stacked up at the flat because the gang “didn’t know what to do with it” and the COVID pandemic had “really exacerbated their problem of how to get rid of money”, the LondonEvening Standard reported.

In June last year, another man, Ruslan Shamsutdinov, was seen struggling to carry heavy bags as he left Porteus Apartments in Fulham.

He placed the bags into a parked car and when officers stopped him, they were found to contain a “considerable amount of cash”, the Met Police said.

Officers then searched the apartment and discovered “a well organised money laundering system”.

The following month, officers arrested a third man, Serwan Ahmadi, who was found with a bag containing nearly £60,000 as he left his home in Edmonton, north London.

A search of the property found another £198,000 inside, police said.

Auzins was arrested the next day at his home in Rochester, Kent, where more than £14,000 was recovered.

It brought the total amount of cash seized to nearly £5.4m.

At Harrow Crown Court on Friday, 36-year-old Shamsutdinov, of Hackney, east London, was jailed for three years and nine months.

Auzins, 46, was sentenced to three years and four months in prison.

Ahmadi, 35, was given a suspended prison sentence of one year and eight months and he was ordered to take part in 150 hours of unpaid work.

“Organised crime is motivated by money and is one of the biggest causes of violence on our streets. Tackling this violence is our main priority.

“This seizure, and the conviction of these men for laundering that money, will have a major impact on the ability of a number of crime groups to carry on with their activities.”