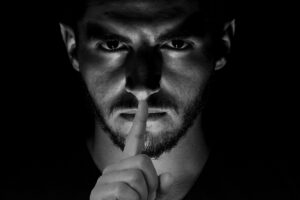 A new report by the international anti-corruption watchdog shows how political elites in the Western Balkans and Turkey rely on impunity for corruption and tailor-made laws to further their de facto capture of states.

Political elites and their grip on power are the main driving force behind state capture in the Western Balkans and Turkey, a new Transparency International report asserts.

Lidija Prokic, Regional Advisor for Eastern Europe at Transparency International, says the new report shows “the mechanisms through which particular groups are able to exert undue influence on state functions, to such an extent that the state serves their interests over the public good”.

“The main factors we have identified are control over the judiciary, to stop corruption prosecutions from moving ahead, and tailor-made laws, i.e. legislation which effectively legalises corruption by prioritising particular interests over others,” Prokic told BIRN.

“These mechanisms have a profound effect, which means that decisive action is needed from governments to tackle them at their root,” she added.

The report analysis high-level corruption cases and illustrates “how patronage and clientelist networks and schemes operate both at country and local levels to abuse public office”.

“The cases demonstrate that the power of political parties and the loyalty they command are key ingredients in the success of such networks,” the document says.

According to the report, state capture “is understood as efforts by private actors and public actors with private interests to redirect public policy decisions away from the public interest, using corrupt means and clustering around certain state organs and functions”.

The report says that “a prominent characteristic” in many of the analysed cases “is the presence of networks and of patronage and clientelist relationships involving different hierarchies within the civil service, such as ministers and assistants to ministers”.

One cited example in Kosovo is the so-called Pronto case, conceerning illegally awarded employment. Corruption cases involving powerful officials are often parts of a scheme rather than random actions, and those schemes “can also be closely associated with illegal financing of political parties”, it says.

“A good example of this is found in North Macedonia”, the report adds, noting the example of its former Prime Minister, Nikola Gruevski, indicted for illegally financing his then ruling party.

The case of a former minister of agriculture in the Federation of Bosnia and Herzegovina, Jerko Ivankovic Lijanovic, shows how “the municipal level can be as relevant as the national level when it comes to political corruption”, it says.

Opportunities for corruption during the transition to a liberal economy in the Western Balkans are shown through analysis of the case of Montenegrin Telecom.

Collaboration with organised crime, “another persistent problem in the Western Balkans and Turkey”, was shown through the case of former Albanian interior minister Saimir Tahiri, who was accused of helping a criminal group.

The report also deals with so-called “tailor-made laws” that are “created to serve only the interests of particular individuals, groups or companies, often at the cost of others, including the public”.

One cited example is the Social and General Health Insurance in Turkey, in force since May 2019, which authorises the Ministry of Health to categorise different types of healthcare providers and creates a new category of hospitals, which are defined as “advanced level hospitals”.

“The requirements to be considered an advanced level hospital are to have a 600-bed capacity, 60,000 square metres of indoor facilities, 240 doctors and 480 nurses. This type of hospital is supposed to receive better benefits from the Ministry of Health. Interestingly, only one hospital meets the requirements, and it is formerly owned by the Health Minister Fahrettin Koca,” the report pointed out.

According to the report, “the typology of laws can also serve as a tool to exercise undue influence in law-making”. One example is creating a lex specialis, a special law that enables the bypassing of other laws and procedures. One cited case is in Serbia –  referring to the law regulating the disputed Belgrade Waterfront project.