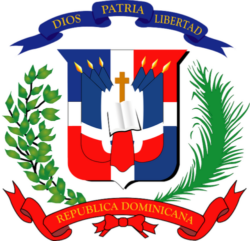 Millions of dollars in state funds were allegedly laundered through a religious non-profit in the Dominican Republic, showing how minimal oversight of these faith groups makes them ideal vehicles for embezzlement.

On May 10, security officials, a pastor and others suspected in the scheme were placed in preventative detention or under house arrest for 18 months as part of an ongoing investigation into charges of money laundering, falsifying public documents, fraud, and other offenses.

Prosecutors allege that he used fraudulent payrolls and contacts to divert money from government institutions to the Mother Earth Farmers Association (Asociación Campesina Madre Tierra), a non-profit organization he formed in 2015 to foster Christian values through community farming, according to a court filing compiled by the Attorney General’s Office.

Cáceres Silvestre, who is accused of handling up to 3 billion Dominican pesos ($52 million) in unexplained transactions during the presidency of Danilo Medina (2012-2020), denied the charges at a trial hearing on April 30.

Also accused is Rossy Maybelline Guzmán Sánchez, a pastor who allegedly created several companies used in the embezzlement scheme, according to the same investigation.

Guzmán Sánchez also denied the charges at the April 30 hearing.

Some 213 million Dominican pesos ($3.7 million) – or nearly 90 percent of Mother Earth’s earnings – came from bank deposits from third parties that could not be explained, according to the court filing.

Guzmán Sánchez, who is registered as treasurer for the Mother Earth Farmers Association, could not “justify the assets in her name or the banking transactions she has carried out from 2015 to date,” prosecutors said in the court filing.

A number of other suspects, including army and police officers, as well as senior government officials, are under investigation in the same case.

There are several factors that make churches and religious non-governmental organizations ideal fronts for laundering money.

The entities tend to have diverse income streams that can be tricky to trace, collecting cash donations and also receiving bank transfers.

In the Mother Earth embezzlement scheme, the Attorney General’s Office alleges that the suspects used trusted intermediaries, including family members, to deposit small sums of money into bank accounts, a method known as the “smurf” technique, according to Dominican news outlet Hoy Digital.

Large contributions can also come through bank transfers, making religious associations ideal for receiving massive influxes of cash. In many countries, these associations are not required by law to divulge where such payments came from or what was done with them, according to an expert who spoke to the Latin American Center for Journalistic Investigation (Centro Latinoamericano de Investigación Periodística — CLIP) as part of a 2020 investigation.

Many religious organizations also raise money internationally and own property, which adds extra complexity when trying to trace payments.

Indeed, even the process of regulating and verifying these groups and their leaders tends to be limited. To avoid encroaching on religious freedoms, governments often allow for a certain level of ambiguity in defining what constitutes a church, CLIP reported.

In the Dominican Republic, “religious leaders are not required to have any formal affiliation or certification to verify their membership in a church,” according to the same CLIP investigation.

By Katya Bleszynska, May 10, 2021, published on InSight Crime