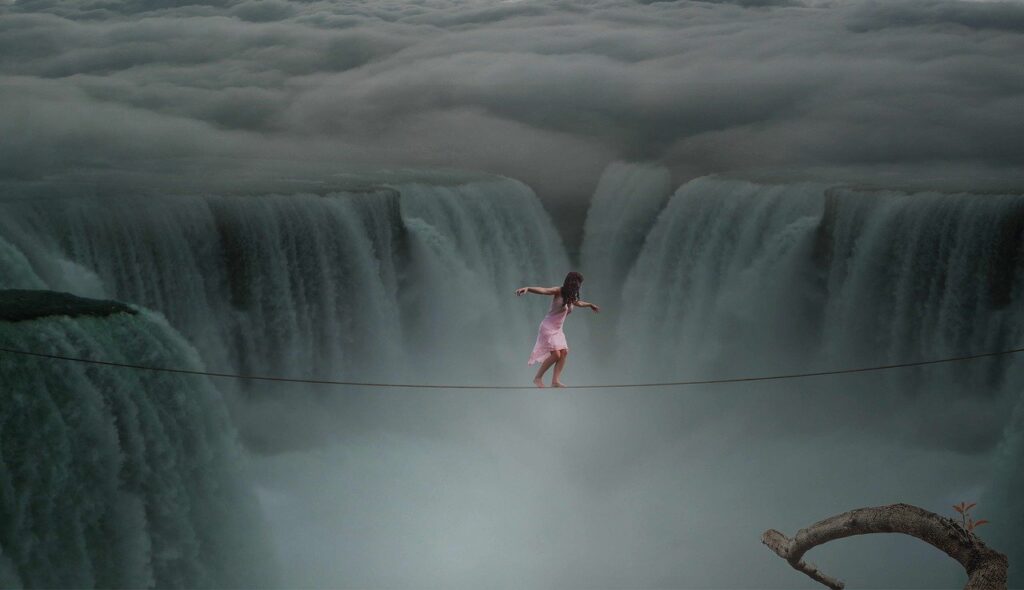 The FATF defines jurisdictions with insufficient measures against anti-money laundering and terrorist financing (AML/CFT) in the FATF public documents released three times a year. The FATF’s policy of regularly reporting countries with poor AML/CFT regimes has proven successful. The FATF has reviewed over a hundred jurisdictions as of Gregorian calendar month 2020, with eighty of them being publicly recognized. Of the eighty, sixty have implemented the necessary reforms to address their AML/CFT problems and are no longer using the system.

High-risk jurisdictions’ anti-money laundering, anti-terrorism funding, and anti-proliferation financing regimes have significant strategic deficiencies. The FATF encourages all countries and jurisdictions to conduct improved due diligence on all listed countries as high-risk. In the most difficult situations, countries are urged to implement counte rmeasures to secure the international financial system from continuing money laundering, terrorist funding, and proliferation financing (ML/TF/PF) threats arising from the region. This list is often pointed to as the “blacklist.”

The FATF and FATF-style regional bodies (FSRBs) collaborate with the jurisdictions mentioned below as they reflect on their success in fixing strategic flaws. The FATF urges these countries to conclude their action plans as soon as possible and under the set timescales. The FATF praises their efforts and will keep a close eye on their success. The FATF does not recommend that improved due diligence procedures be implemented in these jurisdictions, but it does advise its members to include the details discussed below in their risk assessments.

On a regular basis, the FATF monitors new jurisdictions with strategic weaknesses in their anti-money laundering, anti-terrorism funding, and anti-proliferation financing regimes. The FATF agreed in October 2020 to reactivate its efforts to find small states with strategic AML/CFT weaknesses and prioritize the analysis of countries with expired or approaching deadlines. The other jurisdictions on the list were given the choice of reporting. Albania, Botswana, Cambodia, Ghana, Mauritius, Myanmar, Nicaragua, Pakistan, Panama, Uganda, and Zimbabwe have all had their performance evaluated by the FATF since October. 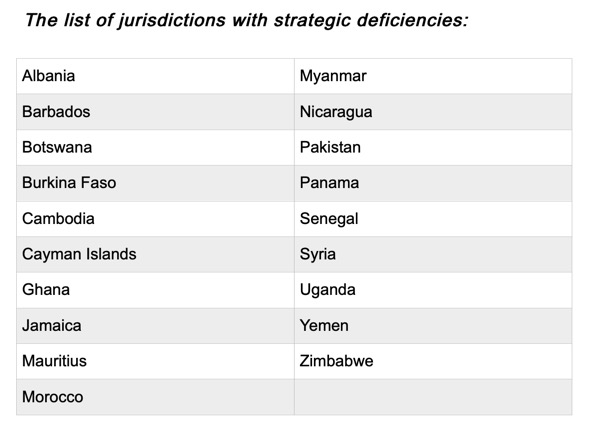 The FATF determines and examines jurisdictions with strategic AML/CFT weaknesses that pose a danger to the international financial system regularly, and it actively tracks their performance. The mechanism is overseen by the FATF’s International Co-operation Review Group (ICRG). The procedure started in 2007 and was improved in 2009. It was modified again in 2015 to reflect the new FATF guidelines and joint assessment mechanism for evaluating the effectiveness of AML/CFT initiatives.

The FATF tests jurisdictions based on risks, deficiencies, or specific threats that they pose. When jurisdiction is examined, it would be for the following reasons:

A country that joins the ICRG assessment process due to its reciprocal assessment performance has a one-year Observation Period to engage with the FATF or its FATF-style regional body (FSRB) to correct weaknesses until the FATF’s substantive review and public identification. The FATF then prioritizes the examination of countries with larger financial sectors.

During the evaluation, the FATF recognizes the jurisdiction’s technical AML/CFT weaknesses, both in terms of technical implementation and the efficiency of the policies in place, as well as any specific progress made. If the FATF concludes that the progress made to resolve its strategic deficiencies is inadequate, the FATF works with the authority to create a plan to address the existing strategic deficiencies. For all countries under ICRG review, the FATF requires a high-level political commitment that the jurisdiction will implement the legal, regulatory, and operational reforms needed for the action plan.

The analyses are carried out by the ICRG’s four international Joint Groups, which cover Africa/Middle East, Americas, Asia/Pacific, and Europe/Eurasia. In preparation for FATF plenary sessions, each jurisdiction under consideration has the opportunity to communicate in a face-to-face meeting to discuss the Joint Group’s report.

In February, June, and October, the FATF issues two comments after each plenary meeting. These statements include a brief overview of specific measures taken in line with each jurisdiction’s plan of action, as well as a list of strategic flaws that need to be resolved. The two statements illustrate the varying degrees of risk faced by the weaknesses in the jurisdictions under consideration at any given time

A jurisdiction must meet all or almost all the action plan elements to be excluded from FATF control. Once the FATF has concluded that the jurisdiction has done so, it will plan an on-site check to ensure that the required legal, administrative, and organizational changes are being implemented. The necessary political engagement and structural capability are in place to ensure long-term success. If the on-site visit is successful, the FATF will agree to exclude the authority from public identification at the next plenary. The relevant authority will then continue to operate within the FATF or the related FSRB as usual. The concerned jurisdiction would then continue to collaborate with the FATF or the appropriate FSRB to enhance its AML/CFT regime as part of the routine follow-up phase.