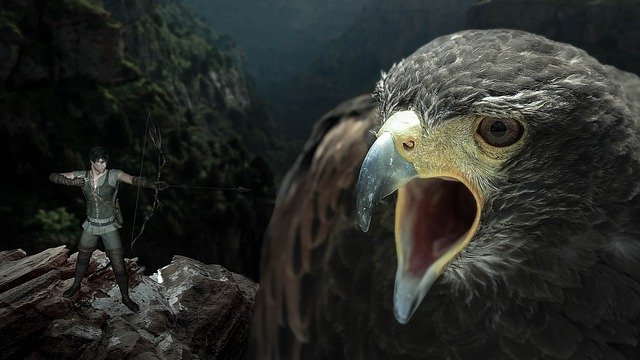 The landmark legislation contains several loopholes, exemptions and shortcomings that may become key vulnerabilities in the fight against corruption and financial secrecy, advocates say.

Washington lawmakers rang in the new year by largely banning anonymous shell companies in the United States, one of the world’s most attractive places for criminals and wrongdoers around the world to hide dirty money.

The new law will for the first time require millions of companies incorporated in the U.S. to report their true owners to the federal government for inspection by law enforcement and compliance officers at banks and other financial institutions. Known as the Corporate Transparency Act, the law was attached to a massive national defense funding bill that Congress passed with a veto-override.

As the International Consortium of Investigative Journalists has reported across multiple investigations — including, most recently, the FinCEN Files — anonymous companies are a major vulnerability in the global fight against tax avoidance and money laundering. Drug cartels, oligarchs, despots and the global elite use them to conceal fortunes from tax authorities and law enforcement. Establishing a U.S. government registry of company owners was a key reform that experts said was needed in response to ICIJ investigations.

But the transparency is not complete. The law, supported by both the U.S. Chamber of Commerce and left-leaning Public Citizen — an unusual Washington alliance — is the result of years of negotiations. It contains loopholes pushed for by special interest groups that may blunt some of its power, even according to those who advocated for it and are now celebrating its passage.

Here are seven major areas where experts say the bill falls short that could pave the way for future political action.

1. Some Wall Street investment vehicles don’t have to report.

Hedge funds and private equity firms create pooled investment vehicles typically open only to wealthy investors. The law does not apply to some of these entities, experts say, even though law enforcement has warned that they are ripe for abuse.

“Threat actors,” according to a 2020 Federal Bureau of Investigation bulletin “likely use the private placement of funds, including investments offered by hedge funds and private equity firms, to launder money.”

2. Big businesses are exempt, too.

The new law exempts any firm that has more than $5 million in annual revenue, more than 20 employees, and a physical office in the U.S. “At least in my world, that exemption covers nearly everyone,” said Stephen Quinlivan, a corporate lawyer specializing in mergers and acquisitions at Stinson LLP. One rationale for the carve out, advocates say, is that these larger companies have actual employees and offices, and are thus much easier to understand.

3. Trusts could slip through the cracks.

Trusts are a preferred means of conveying generational wealth — and sometimes to avoid taxes and to hide and launder money, as ICIJ has previously reported. They are murky legal creatures: often, composed mainly of a contract dictating how the wealth they hold will be allocated. It can be difficult to determine who technically owns a trust’s wealth before distributions are made, experts say. Unlike companies, trusts often do not register with any government.

The new law explicitly exempts certain types of charitable and semi-charitable trusts. Advocates are also concerned about the wider category of personal and family trusts slipping through the cracks because these entities might not fall into the new law’s definition of a “company.” For this reason, experts believe the new law could de facto exclude a wide swath of personal and family trusts.

“This is the biggest concern for me,” said Gary Kalman, the director of Transparency International’s United States office, adding that he believes that trusts are already one of the U.S.’s largest money laundering vulnerabilities. Kalman adds that it is possible that, during the implementation of the law, federal agencies could interpret its language to include some trusts — and the law mandates a study into problems that the lack of trust ownership information poses.

Only a subset of government and financial institution officers will be able to access ownership information contained in the new “secure, nonpublic database” that the law establishes. Researchers, journalists and others trying to track dark money will be shut out.

A fully public ownership registry wouldn’t be unique. In 2016, the United Kingdom mandated that many companies registered in the country must list their owners in a registry that is freely accessible to the public online. Although the U.K. registry has been beset by faulty or absent information, transparency advocates say that the public inspection of the information has been crucial in flagging problems that should be fixed within the system. Advocates say their support of a public ownership registry will not stop with the passage of the new law. “That’s going to be a fight we’re going to continue to have down the road over time,” Clark Gascoigne, a senior policy advisor at the Financial Accountability and Corporate Transparency Coalition, told ICIJ.

5. Registry access for state and local law enforcement is limited.

The new law stipulates that although many federal agents will have relatively easy access to the ownership database, state and local law enforcement will have to obtain permission from a court employee each time they want to access it. “This seems excessive and is going to discourage law enforcement,” said Alma Angotti, global legislative and regulatory risk director at the consulting firm Guidehouse.

6. Art dealers don’t have to report suspicions of financial crime — for now.

Along with the disclosure requirements, the overall defense spending law also expands the range of businesses that must report suspicions of having done business with criminals. Left off that list: art dealers.

The art trade is a major hotspot for international money laundering as ICIJ recently reported in FinCEN Files. Elise Bean, a former U.S. Senate aide and investigator, called the art exemption “strange” and noted that the legislation requires a study into the art market that she hopes will “lead to art dealers finally being added to the law.” While art dealers have been offered a free pass for now, the law does demand, for the first time, that antiquities dealers report suspicious activity to federal authorities.

7. The penalty for leaking ownership information is harsher than for not reporting it to the government in the first place.

People who misreport company ownership information face a maximum penalty of two years in prison. Anyone who leaks ownership data to the press or anyone else could face up to five years in jail — and a decade if the disclosure happens while committing another federal crime.

“These penalties are out of whack,” Ross Delston, a lawyer and consultant in Washington, D.C., specializing in anti-money laundering systems, told ICIJ. “Since when is the ownership of a company an inherently private matter?” The law separately creates new rewards and protections for whistleblowers who come forward to the government about a broad range of financial misconduct.