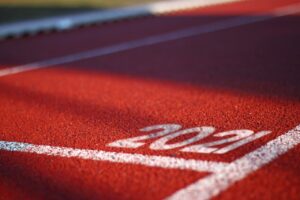 The COVID-19 in 2021, Between New Risks and New Skills for AML Officers

There are now a few weeks left until the end of the year 2020; as is the case for companies, it is the period to draw up the financial statements, the so-called final report of a whole year that has been unexpectedly difficult in view of the new year 2021. We will also try in a few lines to summarise in this report the main events and critical issues that have affected the Anti-Money Laundering (AML) methodology and processes. New operating methods have been enacted that are necessary for companies and professionals who fulfil their AML obligations on a daily basis. AML officers, through many difficulties, have learned and acquired new skills and experience for an efficient fight against money laundering and financing of illegal activities.

The year 2020, according to the main considerations extrapolated from the Reports of international economic bodies such as the Founding Monetary International, the Federal Bank Reserve and the Central European Bank, all state that this year for the entire world has been conditioned for almost all of its duration by an actor, still present and unknown, SARS-Cov2; a microscopic virus found in China, which, passing from person to person, has to date caused 1.650,348 deaths and more than 73,275,943 people infected, a number that unfortunately does not seem to be stopping1, with economic and social repercussions similar to one of those wars we have studied in history books. The first measure to contain the spread of this pandemic was to introduce measures to reduce contact between people, a preventive and necessary measure called lockdown. In the last 10 months, two cycles of lockdown have been experienced, and it is thought that we are on the treshold of a third cycle. For some states these have been strict measures and for others, they have been softer measures that have caused irresponsible behaviour by citizens and demonstrations against these measures, all over the world. It is necessary to pause and analyse a little this measure of forced containment because this period of blockade and closure, such as the circulation of non-essential goods and where people were forced to stay indoors, caused negative effects and repercussions on the economy and financial stability of the States with important economic losses. States considered to be developed and with access to high economic resources, shortly after March began to look for and initiate rapid and efficient solutions to bring people’s lives back to normal as far as possible, a status quo prior to the pandemic, with the aim of avoiding an unlimited blockade of markets and people’s usual lives, which was already sufficiently tried by the pandemic. The solution, albeit temporary, has been to exploit the advantages and benefits of technology, such as studying remotely from school, working from home (smart working or Working for home), social relations and training, entertaining young people and adults for many hours a day. Technological tools that, according to the latest news, will have to accompany us at least until spring, a step of technological evolution needed to adapt to social evolution.

As a result of this worldwide pandemic, many compromised work sectors have applied drastic measures to the way they work in order to continue to exist, turning to the Internet and remote operations. One of these sectors has also concerned operators and specialists with anti-money laundering responsibilities and functions, who a few months ago worked in close contact with their clients, e.g. for customer due diligence procedures they met in the office, now they will have to do so via a PC with the same reliability, security and professionalism as before with the added presence of daily inconveniences (network connection and distractions).

The Anti-Money Laundering function, compared to what used to happen before, has now taken on an even more important role in identifying a whole series of anomalies and discrepancies to the correct economic circulation. In fact, new anomaly indices have emerged to those already existing in sectors of the global commercial market (e.g., the health and pharmaceutical sector) previously unknown and never taken into consideration. This is because the lockdown period has not only economically damaged the GDP of states around the world but has also created great difficulties for the coffers and funds of international criminal organizations, which are finding it more difficult to make million-dollar gains of illicit origin, and this has stimulated an increase in criminal phenomena (establishment of offshore companies, drug trafficking, economic fraud, and computer fraud).

Many countries have introduced new procedures to facilitate customer due diligence procedures, which are required by law, for the verification of the owners and contractors of a credit relationship. These individuals are required to perform certain procedures remotely (remotely connected to the network) through a smartphone or computer, with the help of digital identities, to verify their identity. Once this data, required by anti-money laundering regulations, has been acquired, such as an identity card or the person’s biometric data, if no anomalies are detected, the financial transaction is authorized. This has caused the international supervisory bodies FIU (Finance Intelligence Unit) and economic police of the respective States,to have to analyse a great deal. In particular, the key role is played by the SOS (reports of suspicious operations) are the principal instrument that detects anomalies in an economic transfer, and these have quadrupled. 3 It is precisely the backward reconstruction of these SOS that has enabled investigators from the main financial supervisory and analysis bodies to reconstruct schemes used by international criminals to launder illicit proceeds into the legitimate market.

In this period of transition from one economic cycle to another, from recession to recovery, as mentioned in the previous paragraph, organised crime has not been idle. In particular, many economic supervisory bodies (Fincen, GAFILAT, GAFI-FAFT, Egmont Group-FIU) and the police pointed to a frightening increase in criminal phenomena, a high level of concern for these six months that caused the supervisory authorities to issue several important anomaly indices that we will now analyse. The main index was produced a few weeks after the declaration of the lockdown, a series of commercial activities were linked to the crime of fraud; inducing people to buy medical equipment with prices much higher than normal and damaging to the economy. The purpose of the fraudulent conduct is to deceive a person through deception and trickery and then ask the deceived victim to pay a sum for the purchase of a good or service that in most cases did not correspond to reality. The risk is that many States have been deceived by international criminal organisations into purchasing these goods, through the interposition of third parties during the negotiation and bargaining phases in order to obtain, through fictitious and irregular companies, the economic funds of the States for amounts exceeding six zeros. An example of the above was discovered by one of the many investigations carried out by the Italian Guardi di Finanza (economic police), in discovering the relations between distinct mafia organizations for the purchase of protection devices, misleading the Italian State. A further indication of anomaly found by the State supervisory bodies was the setting up of fictitious companies with difficulty in reconstructing their management and lawfulness for the production of profits; for example, companies built from one day to the next with areas of operation completely different from what they had previously carried out (e.g. first construction companies, then mask manufacturers).

Continuing what has been said in the previous paragraphs, an economy in crisis with the possibility of a global economic recovery in the distance, the technological evolution (having done in 6 months what in a normal period we would have done in 5 years) in relation to the increase of criminal phenomena, has also led to the increase of criminal conduct defined Cybercrime. These are a whole series of crimes covered by the criminal codes of all states, and these crimes are carried out with the use of a computer (CyberCrime and ComputerCrime) and connected to the network, also called the internet space. As mentioned before, in relation to economic fraud, computer fraud has become more sophisticated with the aim of understanding people’s emotions in order to steal their digital identities and related data such as email ad- 4 dresses and passwords (Phishing, BEC – Business Email Compromise), credit cards or ransom demands (Ransonware – Malware). A whole series of risks in the IT sector that in more serious cases; with the additional criminal conduct of abusive access to computer systems and theft of secret data, belonging to important companies at the state level, public structures and government bodies, also constitute the criminal conduct of Cyber terrorism, as recently happened in the United States. The conduct of Cybercrime is closely linked to the conduct of Cyber laundering, which is that conduct aimed at laundering money through digital payment instruments on the Internet, for which many countries have imposed limitations on their use and circulation, imposing strict controls on the owners of these activities and the beneficiaries of these sums, who must justify their acquisition and use. The risk of Cyber laundering appears to be in the use of Blockchain, which is digital, encrypted payment systems that are deposited in digital wallets and exchanged with other users (peer-to-peer connection) in the Dark Web, the main platform and network browser used by criminals such as hackers to launder money and finance terrorism. In particular, this risk is posed by bitcoin because it is used as a payment instrument and exchanged with other currencies through financial institutions called exchanges. Another feature that the Blockchain exploits is anonymity in the network to launder money from illicit sources. The additional risk lies in the economic attractiveness of bitcoin, which in the last period, although with very high financial volatility indices, is currently at the value of $ 23,525.58, with a financial rise in six months of +154.77 % and in a year of + 231.02 %.

In the face of all this data and what we can expect in the year 2021, continuous professional training for those who carry out anti-money laundering responsibilities in the various commercial and financial sectors (banks, companies, insurance companies, financial intermediaries, savings and investment companies) becomes essential in order to keep up with so many changes, so many new risks, so as to be able to comply with anti-money laundering regulatory obligations and ensure the proper circulation of the economy in all its forms. Finally, according to sources at the Central Bank of Europe, the post-coupled European/world economic recovery should take place between 2022 and 2023, even if the main international markets that influence the returns of the European markets of Paris and Milan (e.g., the US: NASDAQ and DON JONES and the Asian markets: SHANGHAI and TAIWAN) are already showing more than positive results, absorbing the March losses with higher than expected profits. The economy is therefore recovering and giving consumers and companies confidence, thanks also to news of the vaccine issue, which is expected to vaccinate the entire world population by late spring 2021.