In January 2016, Lebanese businessman Muhammad Nur a-Din landed at Orly Airport in Paris. After passing the passport control, five Interpol detectives jumped on him and took him in for questioning. At that very moment, another 14 people were arrested, members of the Hezbollah drug smuggling and money laundering network. No less than 9 million euros were found in Nur a-Din’s possession, and searches of places related to it, including mosques and offices of Islamic charities, found a large amount of additional money, gold bars and jewelry.

The night of the arrests came after an intensive interrogation by Interpol, which was aided by information coming from the US Drug Enforcement Agency DEA, as well as from intelligence organizations, such as the Mossad. The investigations brought a ramified network of drug smuggling from South America to a building in Africa, where they were removed in luxury cars purchased from Europe, and returned to the mainland, to car lots that belonged to Hezbollah members with Belgian or French German citizenship. From there the drugs were distributed to the streets.

The profits from this complex operation were offset by the purchase of cars, jewelry, gold and diamonds, which were later sold mainly to the Gulf. The profits went to the pockets of drug lords in South America, couriers and realtors, but the important share for us – about a quarter of the revenue – went to an organization that operates this entire network, Hezbollah.

Extensive activity in the field of drugs

According to information gathered by experts from the International Counterterrorism Institute (ICT), which operates within the Abba Even Institute for Diplomacy at the Interdisciplinary Center, Hezbollah operates drug distribution networks as part of its economic arm, which provides a significant portion of its revenue. These include the sale of cannabis grown by farmers in the Lebanese Jordan Valley, and cocaine grown and produced in South America and especially in Colombia.

According to the institute, through Shiite Lebanese immigrants, Hezbollah has set up organizations in mixed countries that are used for alleged charity, but are the bases of the smuggling and money laundering network and also the bases for terrorist activity.

According to the institute, in Colombia, for example, there is a huge Lebanese drug cartel, headed by a Shiite drug baron named Iman Juma’a. According to the US DEA, its trade volume is about $ 200 million a month, and about a quarter of that goes to Hezbollah.

The Lebanese organization’s annual budget is about $ 1 billion. Much of the amount comes from Iran. In the last two years, due to American sanctions, this part has been small. Due to the sanctions and the ability to monitor internationally, it is very difficult to transfer funds to the organization by regular banking means, so there is a preference for cash transfers. Couriers arrive from Tehran to Beirut, and in suitcases they carry millions of dollars to Hezbollah.

Daniel Cohen, a research fellow at ICT, estimates that the organization’s revenue from the activities of drug smuggling networks and arms deals reaches $ 300-400 million a year. He said that money was needed more than ever, due to the heavy cost of the war in Syria, where the organization suffered more than 2,000 deaths and nearly ten thousand wounded. The families of the dead and wounded receive monthly allowances, which in the past year have been cut along with the salaries of the organization’s members. Another reason to depend on these funds for this is the economic and political crisis in Lebanon.

Another source of income for the organization is the network of charities “Dawawa”, which raise donations, ostensibly for the needy in Lebanon or for purposes such as establishing kindergartens and educational institutions. In practice, the majority goes to finance Hezbollah’s operations. Investigations in Germany along with Interpol, for example, have revealed that these funds have been transferred to fund involvement in Syria.

Civilian activity as a cover for terrorism

According to Cohen, here lies the critical need to act to outlaw all parts of Hezbollah in Europe and define them as a terrorist organization. Most of Hezbollah’s operatives in Europe belong to charities, which are affiliated with the political-civic arm of the organization, the one that is still legitimate in most European countries. Therefore, even when caught, the charges and penalties are for drug trafficking and economic offenses, so the punishment is relatively light.

adding Hezbollah’s political arm under the terrorist organization recognition, will increase punishment, and will devote forces and budgets to the fight against them and against international terrorism.

Ron Proshaur, who was Israel’s ambassador to the United Nations and the United Kingdom and currently heads the Foreign Ministry and now heads the Abba Even Institute, wrote an article last week with a fellow emirate expert, Dr. Abtissam al-Qatbi, calling on French President Macron to declare a bitter struggle. Its activity as a terrorist activity.

The two detail in the article the connection between Hezbollah’s international terrorist arm and Iran, and its danger to Europe and the world at large. They make it clear that as long as Hezbollah remains in a strong position in Lebanon, the land of cedars has no chance of recovering. They warn that Hezbollah and Iran are constantly making efforts to infiltrate and take control of other countries in the region, including Syria and Iraq, and pose a threat to all other countries.

According to Proshour, this position is common to Israel and the Emirates, with which a strong infrastructure of interests and cooperation was built in the previous decade, before the peace agreements.

“In macro analysis, the Gulf states today see Israel as part of the solution and not part of the problems of the Middle East. “The connection with Israel will allow them to influence Jerusalem’s policy, but their main importance is in cooperating on issues of national security, and in creating an axis against their rivals, Iran and Hezbollah, Turkey and the Muslim Brotherhood.”

“We chose to approach France,” he says, “because she is the spiritual mother of Lebanon, her patron.” According to him, the French government, especially in the Foreign Ministry, has an approach of dialogue with Hezbollah, due to its influence in Lebanon. “They did not sober up even after the explosion at the port of Beirut, which exposed the dangerous substances stored by Hezbollah in the cities of Lebanon. Such accumulations on a much smaller scale were also found in the organization’s warehouses in Europe.”

The article shows the French that it is not only Israel that is coming out against Hezbollah but also Arab countries. Al-Qatbi has direct contact with Emirates Regent Muhammad bin Zayed, and her positions influence and reflect Abu Dhabi’s policies.

“We don’t need to tell Europeans how dangerous Hezbollah is to Israel, it does not interest them and therefore they have not defined all its branches as a terrorist organization. The goal here is to see that they are harming Europe itself. Money, drug distribution, terrorism, etc.”

According to Proshaur, his efforts with Britain and Germany are bearing fruit, and both countries are in the process of declaring Hezbollah as a terrorist organization.

Proshor explains that one of the European claims is that if he snorts at Hezbollah’s political arm there will be no one to talk to, but he says the research and extensive information he has shown to European leaders has refuted the claim. 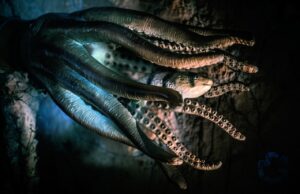 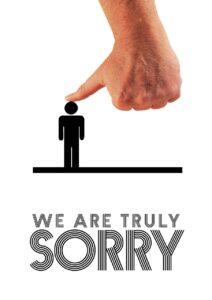 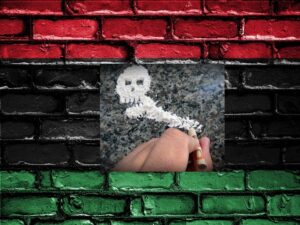 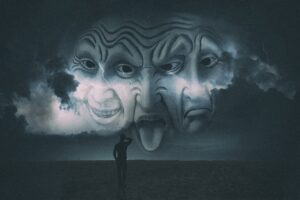