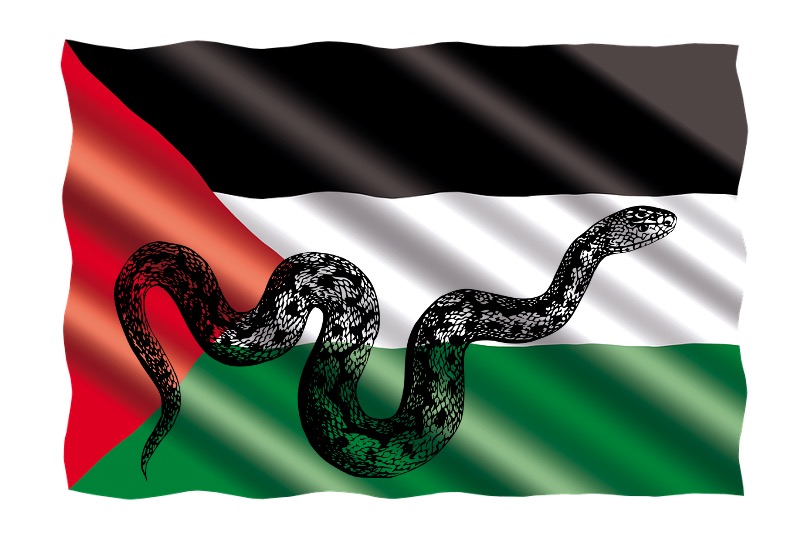 On June 1, 2020, the Palestinian Authority (PA) authorized the establishment of a government banking institution without connections to the global banking system. It was supposed to be called the Bank of Independence for Development and Investment, and the PA would use it to make payments to the prisoners, released prisoners and families of shaheeds. However, about half a year later, establishing the bank has hit a dead end and in effect been abandoned.

At the beginning of January 2021 PA Prime Minister Muhammad Shtayyeh announced that the plan for making payments to prisoners through the establishment an independent Palestinian bank was no longer viable (Mitras, an opposition website operating in Ramallah, January 19, 2021). In another interview said there were two aspects to paying the prisoners: one was the political aspect, which the Palestinians would discuss with the Americans and the Israelis, and the other was the financial aspect of the PA’s commitment to the prisoners (Muhammad Shtayyeh interviewed by al-Araby TV from London, Ultra Palestine website, January 22, 2021).

Other PA spokesmen, among them Qudri Abu Bakr, chairman of the authority of prisoners and released prisoners’ affairs, said establishing the bank had stalled because it had not received a license [from Israel] to operate and other banks refused to cooperate with it because of threats from Israel (See the Appendix). In ITIC assessment, abandoning the idea was behind the internal arguments that led to changes in the senior personnel of the Palestinian Monetary Authority.1

The objective of the Bank of Independence was to serve the PA as an alternative option for making payments to prisoners, released prisoners and families of shaheeds. The PA needed an alternative conduit because on January 1, 2021 an order issued by the commander of the IDF’s Central Command went into effect. It banned the banks in Judea and Samaria from providing banking services to the aforementioned Palestinians who received payments from the PA. Before the order went into effect, the PA rushed to pay three months in advance, for December 2020 and January and February 2021. According to Qudri Abu Bakr, that would give the PA the breathing space it needed to find other alternatives for making the payments (Watan, January 5, 2021).

In the past the PA considered various alternatives to continue the payments besides establishing a bank. They are currently being reconsidered, but so far no plan has been formulated for transferring the monthly payments to thousands of recipients. Recently it was reported that one option was transferring the payments by checks that would be distributed to the prisoners through the PA’s departments for prisoners’ affairs in the cities in Judea and Samaria or through the offices of the Fatah movement. That would be done until a permanent method could be found that would be agreed on by Israel, the new American administration and the Europeans (Mitras website, January 19, 2021).

Examining Alternatives for Continuing the Payments

related to about 6,000 released prisoners who receive regular payments and had spent five years or more in Israeli jails. Their files will be transferred to the headquarters of Palestinian preventive security and the civil service commission for examination, so they can be employed according to needs and their skills. Some of the released prisoners will retire without having their payments affected. An ad hoc committee will be appointed to examine the issue of released prisoners, most of them from Hamas and the Palestinian Islamic Jihad (PIJ), who choose to join the PA’s civilian institutions (QudsN, January 21, 2021).

A dead end for the Bank of Independence; prisoners are concerned about their payments

Given the difficulties surrounding the establishment of the bank, senior PA figures, especially those dealing with prisoners’ affairs, called for finding alternatives to make it possible for the prisoners and families of shaheeds to continue receiving their payments.

Qudri Abu Bakr, chairman of the authority of prisoners and released prisoners’ affairs, gave a series of interviews in which he related to the issue of the bank and possible alternatives:

Previously interviewed by the Ma’an News Agency, Abu Bakr said in their assessment the bank could fulfill its functions and would begin operations at the beginning of 2021. However, only a few days ago, at a meeting with PA Prime Minister Muhammad Shtayyeh, he was surprised to learn that the bank would not be able to begin operations because it had not received a license and that other banks, concerned about threats from Israel, refused to cooperate with it. He said that if Israel took steps against the banks the PA would not be able to protect them. Therefore, they had to take the interests of the banks into consideration and find a different mechanism for paying the prisoners. He said a number of alternatives existed (Ma’an, January 7, 2021).

I`nterviewed by the Watan News Agency, Abu Bakr said establishing the Bank of Independence had been one of the options under consideration but apparently it could not be implemented because the bank did not receive a license and had been threatened by Israel, as had other banks that would have cooperated with it (Watan News Agency, January 5, 2021). On another occasion he said it would be impossible for the bank to operate without connections with banks abroad, and they did not want the bank to have such connections with either banks abroad or in Israel (Watan News Agency, January 10, 2021).

Interviewed by Sawt al-Quds Radio, Abu Bakr said they began looking for alternative ways to pay the prisoners after the banks closed the accounts. He said Israel’s warning had been directed at all the banks and they had all, without exception, closed the prisoners accounts. He added that the Bank of Independence could not be established to pay the prisoners because of Israel’s threats and because the other banks would not cooperate with it. He also said that the Palestinian banks were concerned Israel would detain and take legal action against their employees. They were also concerned about court rulings, such as the American court ruling against the Arab Bank several yeas ago (qudsnet.com, January 7, 2021).

Hasan Abd al-Rabbo, spokesman of the authority for released prisoners’ affairs, said halting the process of establishing the bank was part of the PA’s political confrontation with the “Israeli occupation.” He added that because the large banks operating in the PA had branches abroad they could not stand up to Israel. He said alternatives and ways to solve the problem were currently being examined, including political action at the local, regional and international levels, since the issue was not only financial but also had a political dimension (Ultra Palestine website, January 14, 2021). On another occasion he said that the committee appointed by Mahmoud Abbas was examining alternatives to find solutions. He added that absorbing prisoners as employees in the security forces and civilian institutions demanded more time because of the vetting procedures (al-Hadath, January 14, 2021).

On December 30, 2020 released prisoners who were Fatah operatives held a meeting at the headquarters of Fatah’s bureau of mobilization and organization. They discussed ways of dealing with the measures taken by Israel. At the meeting Qadoura Fares, chairman of the Palestinian prisoners’ club, and Qudri Abu Bakr briefed the prisoners about discussions held by the committees appointed by Mahmoud Abbas. After the meeting the prisoners issued a statement claiming real progress had been made. There was general agreement that prisoners’ committees would be appointed to coordinate activities to find immediate solutions (Watan News Agency, January 5, 2021).

Ahmed Musafar, a released prisoner, said they opposed having their payments transferred through the ministry for social development (one of the ideas that was proposed and rejected). He said the funds of the prisoners currently in jail were the responsibility of the ministry of the treasury, and that a “decent” mechanism for the payments had to be created, one that would ensure they received everything they deserved with no connection to the ministry for social development. He said they had to ensure the payments quickly and that the issue could not be discussed or negotiated (Watan News Agency, January 5, 2021).

On January 18, 2021, sixty representatives of the prisoners from all the districts met with Muhammad Shtayyeh. Ahmed Musafar said they were informed at the meeting that the issue of the payments was on Mahmoud Abbas’ desk and would finally be dealt with in the coming days. They therefore decided to postpone their planned protest activities (Ultra Palestine website, January 20, 2021). On another occasion, Ahmed Musafar said that the issue of paying the prisoners through the banks was up to the government, which was responsible for the payments. He also said they felt calmer now because of Mahmoud Abbas’ personal commitment, which was behind the commitment of the prime minister and the ministers (QudsN, January 18, 2021).