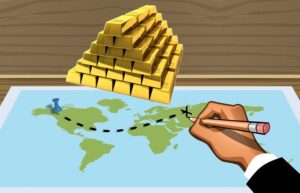 Under the auspices of the Corona, criminals and terrorist financiers abuse international trade networks to launder criminal revenues and finance terrorist acts, usually using professional money launderers. From the illegal gold affair to the captured terrorist organization operating in Israel – all about the phenomenon that is bothering the world’s anti-money laundering authorities.

Between 2013-2017, four foreign nationals from Peru conspired to purchase billions of dollars’ worth of illegally obtained gold, including gold resulting from illegal mining, bribery of foreign entities and smuggling. As part of their activities, they exploited a company in the precious metals trade in the US, and later the gold was sold to US refineries which completed the money laundering cycle through payments for the gold through bank transfers which appeared outwardly as legitimate transfers for wholesale gold purchase. The four were arrested and charged in the US.

In another case that was exposed, Italian citizens who lived in Spain set up a network of companies with the aim of laundering profits from drug sales and tax fraud. The criminals registered companies and used them to establish a false “documented trail” for the sale and purchase of luxury vehicles purchased with black money, as well as to create VAT chains. Later, they used the trade system to disguise the profits of the “initial offenses” and to Generate additional illegal profits. At some point the offenders were able to persuade a legal supplier to ship vehicles each year, which contributed to further camouflage the activity .In addition to trading in luxury vehicles, the offenders took advantage of import / export companies under their control to purchase additional products such as Luxury watches, clothing and fabrics. The authorities have located property worth over 8 million euros across Europe.

Also caught in an international investigation was a network of money launderers who traded in electronics to launder capital derived from drug sales in the U.S. Small electronics for export to companies from Southeast Asia and the Middle East. The underestimation of the price of products for export has increased the volume of illegal capital transferred to tax havens.

In all these cases, criminals and money launderers took advantage of international trade routes to hide illicit funds within the legal world trade complex, thus transferring them between countries.

An alarming rise in the effects of fraud, deception and forgery

According to Dr. Shlomit Wegman-Ratner, head of the Israeli Anti-Money Laundering and Terrorist Financing Authority, “There is a worrying increase in the misuse of money launderers and professional terrorist financiers by international trade channels to commit illegal money transfers, launder criminal profits and fund terrorist activities. Israel has identified the use of these channels through exchanges around the world also for terrorist financing purposes. This activity continues even during the corona period. “Due to the limitations of international travel, the devaluation of the use of couriers, the transfer of money through diamonds, and the decline in the use of cash due to the lack of physical interactions during the Corona period, the transition to other methods of money laundering, including the misuse of the world trade system.”

The question of the extent of the phenomenon that is currently bothering money laundering authorities around the world has no clear answer, just as there is no answer to the question of the extent of the black capital circulating in the world (it is impossible to quantify capital left in the shadows). According to Wegman-Ratner, “there is agreement that these are of significant volumes.”

In the word “significant volumes”, Wegman-Ratner refers to billions of dollars that are stolen from the authorities around the world and laundered using global trade. This emerges from the few cases that have been exposed, and from reports published by the US authorities.

Money laundering by trade is difficult to identify

In light of the escalation of the phenomenon, the Anti-Money Laundering Authority has set itself the goal of pursuing money launderers and terrorists who use trade routes, while marking the red lights for law enforcement, security and financial bodies for the entities through which the funds pass. Meanwhile, the Anti-Money Laundering and Terrorist Financing Authority published a review on the implementation of money laundering and trade-based terrorist financing (TBML / TBTF). This is based on a new report published by the FATF and the Egmont Group.

The phenomenon of money laundering through trade is difficult to identify, especially in the absence of a sufficient understanding of the techniques for performing it. The report details various methods used by money launderers through trade, including issuing invoices using prices lower or higher than the real value of the goods; Issuing shipments with a surplus or shortage in the quantity of goods compared to the shipping and payment documents; Reuse of invoices and trade documents to carry out several payment operations for the same goods; A false description of the quality of the goods compared to that actually shipped; Use of trade in order to inject cash originating from an offense into the banking system; Use of third parties to make payments for goods (including the introduction of offense products into the financial system.

The risks become more complex with the development of technology and the digitalization of the industry. The challenge in identifying money laundering and trade-based terrorist financing is particularly great, as a variety of trade arenas are misused, ranging from gold and precious metals, through electronics and food products to textiles. Sometimes throughout the money transfer route the actions appear to be legitimate or come from a legal source and the criminal activity is only revealed at the end, when the money is transferred to terrorist elements.

The “Hawalas” method and the terrorist organization that operated in Israel

The report describes an affair in which the Israeli authorities located and thwarted terrorist financing activities through a legal trade network, involving money changers who made money transfers under the guise of legitimate trade activities through offsetting channels (“hawala”) between several countries. As part of the affair, a legal trade network was established for the ongoing trade between importers in Territory A and exporters in Country B. Within this network, importers in Territory A purchased goods from exporters in Country B and the payment for the goods was transferred by the importers to a financial services provider (NSM) in Territory A. The second-instance registrar transferred the payment to the second-country exporters through the bank. In order to offset within the framework of the Hawala relations, the creditor in Territory A transferred cash through a courier to a creditor in country C – and this transferred the amount through the bank to a creditor in country B.

Sounds complicated? That is why these actions are so difficult to locate.

The FATF and the Egmont Group are working to complete a list of red flags that will help identify the trade mechanisms used for money laundering and terrorist financing.

In another case identified, citizens of Colombia and India set up a U.S. money laundering network that originated from the sale of BMPE drugs in such a way that the funds in the U.S. were not physically transferred. Colombian citizens allegedly worked as realtors who received black money from couriers located across the U.S. and also received various international transfers. In Colombia, the merchant exported more or less the same value of goods to importers in Colombia, and they transferred payment in pesos to Colombian brokers who transferred the payment to the drug dealers, so there was no need to transfer money across the border but only goods and thus launder money using the trading system.

In another case, fruit exporting companies in New Zealand received payments from bank accounts in Eastern Europe which were recorded under shell companies in high-risk countries. Authorities in New Zealand found that payments to exporting companies were made in exchange for legal exports of fruit from New Zealand to Southeast Asian countries, but exporting companies could not explain why they received the payments from bank accounts in Eastern Europe. The invoices provided were forged and stated that the payment was for the export of ceramic tiles and they were signed in the name of a manager who did not exist in the company. The authorities’ investigation revealed that the activity was part of a TBML network established in Eastern Europe in which black money was exchanged for goods sold and created “bleached money” in various countries. 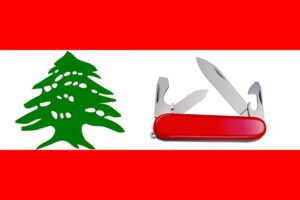 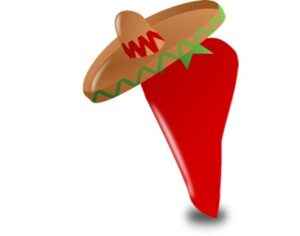