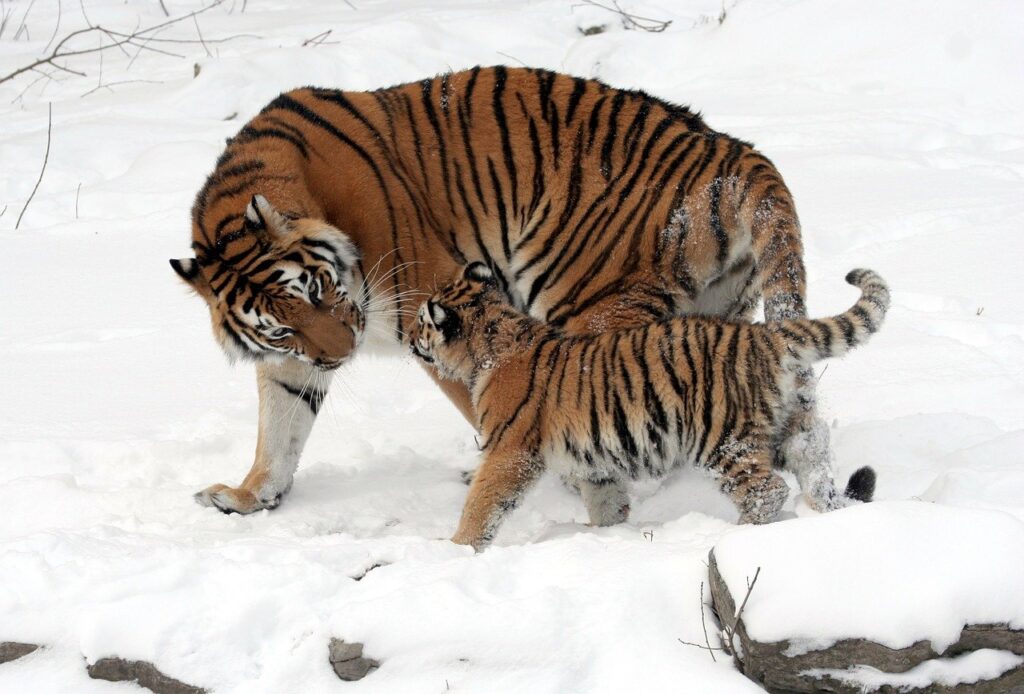 An estimated 8,000 tigers still inhabit semi-legal tiger farms in China, Vietnam, Laos and Thailand, where they are displayed to visitors, fattened up for meat and then slaughtered for their skins, bones and body parts, according to an academic article published on Wednesday.

Featured in academic news outlet The Conversation and written by Simon Evans, Principal Lecturer in Ecotourism at the UK’s Anglia Ruskin University, the piece analyses how in many areas of Asia tigers are no longer even valued as wild animals, but merely as the raw materials for high-end luxury products.

This extractive mentality is most visible in the approximately 200 tiger farms scattered across East and Southeast Asia, which may hold more than twice as many tigers than are left in the wild. Such facilities effectively divide the animals’ life cycles into 3 phases, according to Evans: breeding, performance -for paying visitors eager for selfies- and harvest.

“It really is big business with massive profits attached,” Evans told OCCRP. “Tiger bone products are by far the largest income generator…particularly for traditional medicines, with tiger bone wine [being] the most lucrative”.

The latter is drunk to treat arthritis, rheumatism and even impotence, with other tiger products being consumed for a mix of medicinal or culinary reasons or intended as goods to display high social status. These include tiger skins, teeth, claws, intestines, eyeballs and penises.

Meat sales, which often involve force feeding and pumping the animals full of liquids, are a “fairly new but growing trend,” says Evans.

International trade in tigers or tiger products remains illegal, given the species is endangered, but trade within countries is a different matter. As a result, farms in countries like China avoid prosecution through loopholes in domestic law.

Proponents argue that offering a legal captive-bred supply provides a cheaper, more sustainable source of tiger products than those derived from wild animals, thereby disincentivizing poaching and allowing the species to recover.

Others, however, point out that besides the deeply cruel practices in these farms, wild tigers still fetch higher prices than their farmed alternatives, leading poachers to “launder” illegally caught tigers by selling them to semi-legal farms. Nor is the underlying demand for such products ever addressed.

“My personal view is that the practice of farms adds to, rather than reduces, the illegal trafficking issue,” concludes Evans.

Furthermore, he warns, while the “ownership of these farms is difficult to ascertain,” if they are “not actually funded by organized crime, few would deny [they are still linked] to such syndicates.”