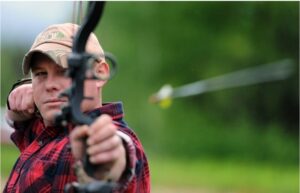 Laundering Prevention Act of 2020.”
This official legislation would stop the Iranian-backed organization from committing money laundering activities across the world, especially in Lebanon and Latin America, by cutting off banks in regions under Hezbollah’s control.
“This bill represents the toughest sanctions on Hezbollah ever proposed by Congress,” Wilson said in a statement, explaining that it will “dry up” Hezbollah’s resources, and prevent it to undertake attacks.
This radical legislation, Wilson argued, “will make it much harder for Hezbollah to do Iran’s bidding in propping up the criminal Assad regime, the Houthis in Yemen, and continue to destabilize the Middle East.”
According to Risk Strategist Mohammad Fheili, this U.S bill would designate major areas in Lebanon as sources of terror financing, a designation that will put on hold Hezbollah-friendly banks until they are out of the international financial system.
After the August 4th explosion vacuumed the capital city of Lebanon, the U.S and other western nations have sent out aid dollars to help rebuild the country, even though critics have warned that Hezbollah will likely find ways to get much of the money.
While the legislation is unlikely to pass a Democratic-controlled House in a heated election year, it showcases the Republicans’ heightened concerns about Hezbollah.
.
By Rim Zrein, October 5, 2020, published on The961
Image by skeeze from Pixabay
Share on linkedin
Share on facebook
Share on twitter
Share on whatsapp
Share on email
46
Recent Posts