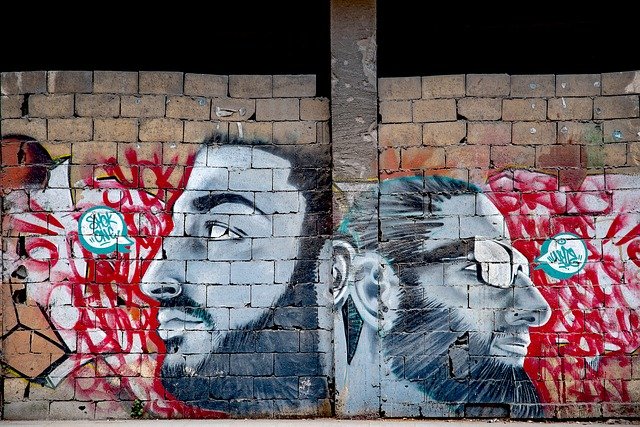 The U.S. is considering sanctions against Lebanon’s long-serving central bank chief as a broader investigation into the alleged embezzlement of public funds in the country gathers pace, according to four people familiar with the matter.

Officials within the Biden administration have discussed the possibility of coordinated measures with their European counterparts targeting Riad Salameh, who’s led the Middle Eastern nation’s monetary authority for 28 years, said the people, who requested anonymity because the talks are private.

The discussion has so far focused on the possibility of freezing Salameh’s overseas assets and enacting measures that would curtail his ability to do business abroad, the people said. Deliberations are ongoing and a final decision over whether to take action may not be imminent, they said. Salameh denies any wrongdoing.

U.S. authorities have considered penalizing Salameh before. The possibility emerged as recently as last year, but then-President Donald Trump wasn’t interested in taking action, two of the people said. His administration focused much of its Middle East policy on countering the influence of Iran and its proxies like Lebanon-based Hezbollah, whereas President Joe Biden has initially emphasized accountability on corruption and human rights abuses.

“The United States supports the Lebanese people and their continued calls for accountability and the reforms needed to realize economic opportunity, better governance and an end to the endemic corruption,” U.S. State Department spokesman Ned Price said in a press briefing on Thursday, adding “I wouldn’t want to preview or speak to any potential policy responses at this time.”

Should any measures be imposed, it would be a rare instance in which a foreign government has taken action against the sitting head of a central bank over alleged corruption. It would also amount to a remarkable reversal of fortune for one of the world’s longest-tenured monetary policy chiefs and further complicate Lebanon’s efforts to win international financial support.

Lebanon Tallies Up Its Debt Problem, Give or Take a Few Billion

Salameh, 70, was once celebrated as the financier who stabilized Lebanon’s currency against all odds and was even considered at one time to be a presidential contender. As recently as 2019, he earned an A-grade from the New York-based magazine Global Finance in its annual rankings. Euromoney named him central bank governor of the year a decade earlier.

A household name on Wall Street and in foreign capitals, Salameh has been one of the few constants over the past three decades as Beirut wrestled with war, debilitating political standoffs and an economic meltdown.

That backdrop sparked mass protests in October 2019 against a political class accused of bleeding state coffers through decades of corruption and mismanagement. Demonstrators also blamed Salameh for ever-riskier policies to sustain a financial model that ultimately failed, wiping out the life savings of a generation of Lebanese. More than half the population now lives in poverty, according to the United Nations.

In January, the Swiss attorney general’s office asked the Lebanese government for help with an investigation into money laundering linked to possible embezzlement from the coffers of Banque du Liban, as the central bank is known. Swiss authorities didn’t identify the target of their probe and the Lebanese judiciary said it had been approached about transfers abroad made via the central bank.

The investigation also involves other jurisdictions, including the U.K. and France, where authorities are reviewing Salameh’s links to properties, shell companies and overseas bank transfers, the four people said. While the Swiss probe lends momentum, potential American sanctions don’t necessarily depend on its outcome as much as on shifting political calculations, they said.

Salameh dismissed the allegations made against himself and the central bank.

“It is utterly untrue that I have benefited in any way or form, directly or indirectly, from any funds or assets belonging to BDL or any other public funds,” he wrote in an emailed response on Thursday to questions from Bloomberg News.

Salameh said his net worth was $23 million when he took on the role of governor in 1993, a fortune amassed during his previous career as a private banker. His salary at Merrill Lynch was $165,000 a month, he said.

“The source of my wealth is clearly identified,” he wrote in the email.

A spokeswoman at the White House’s National Security Council referred questions to the Treasury Department. A representative there didn’t respond to requests for comment. A spokeswoman at the Swiss attorney general’s office said the investigation is ongoing but declined to comment on coordination with U.S. authorities. The U.K. Treasury referred queries to the Foreign Office, which declined to comment. Lebanon’s justice minister didn’t respond to questions. Neither did an official at the French presidency.

Swiss authorities are looking into allegations that Salameh indirectly benefited from the sale of Lebanese Eurobonds held in the central bank’s portfolio between 2002 and 2016, according to a Lebanese judicial official and a person familiar with the Swiss investigation, both of whom requested anonymity as the information is sensitive.

The monetary authority holds Eurobonds from market-to-market transactions as well as swap agreements with the government. BDL would cancel Treasury bills and receive the bonds in return.

Also of interest to authorities is the relationship between Salameh’s brother, Raja, and the brokerage firm Forry Associates Ltd, which charged commissions on the sale of Eurobonds to investors, four of the people said. The commissions under scrutiny total more than $300 million, according to a person familiar with the Swiss investigation.

Lebanon’s benchmark Eurobonds due this April climbed to 13.65 cents on the dollar on Thursday, snapping a six-day losing streak.

The Beirut-based investigative news website Daraj previously reported on the link between Salameh’s brother and Forry. The firm was registered in 2001 in the British Virgin Islands, an offshore tax haven, and administered by Mossack Fonseca, the Panamanian agent exposed in the 2016 Panama Papers leak. Forry was struck off in 2011, according to data from the leak.

As early as 2007, the then U.S. Ambassador to Lebanon Jeffrey Feltman raised concerns in Washington over the financial relationship between the Salameh brothers and the central bank. In a diplomatic cable later made public by WikiLeaks, he wrote that Raja earned commissions off a central bank contract dating back to the 1990s, which paid him any time new banknotes were printed.

Raja Salameh could not immediately be reached for comment when contacted via Solidere, a real estate company where he’s a board member. There is no publicly available contact information for him and efforts to reach him via individuals known to him were unsuccessful. In the past he’s said that he owns businesses and investments in real estate and hospitality, locally and internationally, using his own private funds.

Under Trump, the U.S. sanctioned several Lebanese officials for supporting Iran-backed Hezbollah, an armed group with a powerful political wing. In November, it also imposed penalties on the leader of the largest Christian bloc — a Hezbollah ally — under the Global Magnitsky Act, which seeks to curb serious human rights abuses and corruption overseas.

France, which has been working with Lebanese officials to form a new government in Beirut, warned last year that coordinated sanctions could be imposed against political leaders if they failed to enact reforms to salvage an economy whose collapse might further destabilize the region.

Any action against Salameh would be more sensitive, however, given the push by the Biden administration and European allies to reach a diplomatic accord with Iran as well as efforts to end a political crisis that’s left Lebanon without a government for almost seven months.

Potential measures against officials who’ve helped in the fight against Hezbollah have gotten a chillier reception from some of America’s allies, four of the people said. Salameh, in particular, forged close relationships with U.S. and European officials as they sought to limit Hezbollah’s footprint in the Lebanese financial sector.