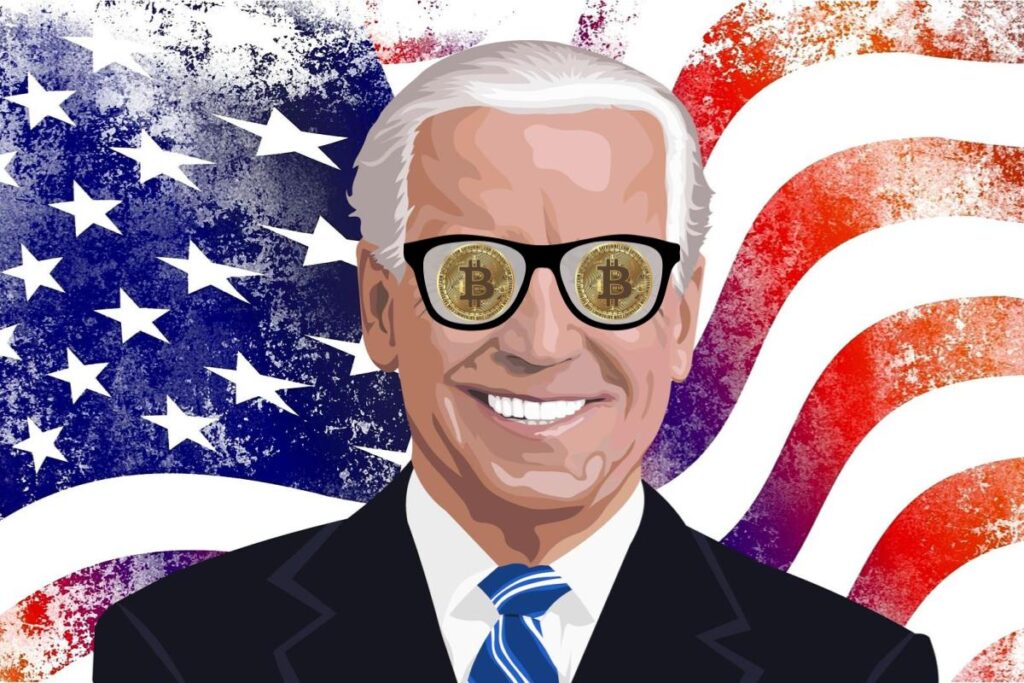 Biden Issues Long-Awaited US Executive Order on Crypto. Federal agencies will evaluate their approach in six “key priorities” within the digital asset sector.

U.S. President Joe Biden signed a first-of-its-kind executive order on cryptocurrencies on Wednesday, directing federal agencies to coordinate their approach to the sector. The executive order does not lay out specific positions the administration wants agencies to adopt, or impose new regulations on the sector. One part of the order will direct the Treasury Department to create a report on the “future of money,” including how the current financial system might not meet consumer needs.

The “whole-of-government” effort to regulate the crypto industry focuses on consumer protection, financial stability, illicit uses, leadership in the global financial sector, financial inclusion and responsible innovation, according to a fact sheet accompanying the order.

Similarly, the order did not announce any new regulations for which cryptocurrency companies to abide.

A senior administration official struck a neutral tone on digital assets by telling reporters the growth of the cryptocurrency sector could threaten the U.S. financial system, national security or business stability. Without “sufficient oversight,” criminals can use cryptocurrencies to launder funds or evade sanctions.

“At the same time, however, digital assets can also provide opportunities for American innovation and competitiveness and promote financial inclusion,” the official said. “Innovation is central to America’s story and our economy, generating jobs and opportunities, creating and building new industries, and sustaining our global competitive edge and leadership.”

Wednesday’s executive order, which was originally reported to be in the works in October 2021, will define six “key priorities” for the administration: protecting U.S. interests, protecting global financial stability, preventing illicit uses, promoting “responsible innovation,” financial inclusion and U.S. leadership, according to a fact sheet shared with reporters.

Roughly 40 million Americans, or 16% of the total U.S. population, have reportedly invested in or are trading in cryptocurrencies, according to the official.

Crypto’s volatility was cited as one issue that could harm investors by an administration official, who pointed out that bitcoin’s (BTC) price at the beginning of the COVID-19 pandemic was around $10,300. The price peaked close to $70,000 in November before falling again in the fall of 2021 and start of 2022.

Bitcoin’s price surged more than $3,000 (close to 8%) on Tuesday after a Treasury Department statement on the executive order was seemingly inadvertently published.

“The President has put forward a holistic whole-of-government approach to understanding not only the macroeconomic risks, but also microeconomics, with the risk to each individual, investor and business that engages with these assets,” the official said.

“[The order] recognizes that our assessment of the risks and potential benefits of digital assets must include an understanding of how our financial system does and does not meet the current needs of consumers in a manner that is equitable, inclusive and efficient,” the official said.

Consumers might face an “antiquated payment infrastructure,” which would be slow or unserviceable. The official said this was “especially true” of cross-border payments.

Part of the order directs the U.S. Treasury Department to draft a report on “the future of money and payment systems,” according to a fact sheet.

The interagency report will analyze cryptocurrencies’ impact on economic and financial growth, financial inclusion, national security and “the extent to which technological innovation may influence that future.” The report should also answer the earlier question of how the current financial system does or does not meet consumer needs.

In a statement originally published (and later removed) on Tuesday night, Treasury Secretary Janet Yellen said the report will complement the Treasury Department’s existing efforts to analyze the cryptocurrency sector.

“Already, the Department has worked with the President’s Working Group on Financial Markets, the FDIC [Federal Deposit Insurance Corporation], and OCC [the Office of the Comptroller of the Currency] to study one particular kind of digital asset – stablecoins – and to make recommendations,” Yellen said. “Under the executive order, Treasury and interagency partners will build upon the recently published National Risk Assessments, which identify key illicit financing risks associated with digital assets.”

Yellen referenced FSOC’s role in her statement, saying the financial stability watchdog would look at any potential risks posed by the cryptocurrency sector “and assess whether appropriate safeguards” already exist.

“Because the questions raised by digital assets often have important cross-border dimensions, we’ll work with our international partners to promote robust standards and a level playing field,” she said.

Another senior administration official said the executive order will organize these previous or ongoing efforts, bolstering Treasury’s efforts with input from national security and economic advisers at the White House.

The executive order will also ask agencies to evaluate how the U.S. could issue a central bank digital currency, “should issuance be deemed in the national interest.”

In this, the order ties in to the Federal Reserve’s ongoing efforts to study digital dollar issuance. Branches of the central bank have published multiple reports in recent months evaluating both the policy and technological questions that must be answered before a central bank digital currency (CBDC) can be issued.

More than 100 countries are already looking into CBDCs, the administration official said, with use cases encompassing both domestic transactions as well as international usage.

“Many of these countries are also working together to set standards for CBDC design and cross-border systems,” the official said. “With implications for domestic and international priorities, including the centrality of the U.S. dollar in the global financial system, the [executive order] will help make sure we have a leadership role and a seat at the table.”

The official said the U.S., when it held the Group of 7 presidency, established a digital payments experts group to evaluate CBDCs, as well as stablecoins and “other digital payments issues.”

Biden’s executive order will ask the Fed, as well as any other relevant agencies or departments within the federal government, to look at the possible risks of a CBDC in addition to the possible benefits.

Implications to national security, human rights and financial inclusion are other factors that these agencies will have to consider in answering the question of whether issuing a CBDC is in the national interest.

The privacy of the dollar remains a key issue.

The U.S. Department of Justice and Federal Bureau of Investigation (FBI) each have their own relatively young units focused on crimes committed with, or using, cryptocurrencies.

“The insufficiency of international implementation of anti-money laundering networks and frameworks with digital assets is the greatest vulnerability of these ecosystems that criminals are currently exploiting,” the official said.

Part of this stems from the fact that cryptocurrency networks were not designed with tools like identity screening or the ability to block transactions implemented, the official said.

Indeed, most cryptocurrency networks are arguably designed to limit identification and be more decentralized. To address this, the executive order “represents a continuation” of the U.S. working to set both financial and technological standards abroad, the official said.

“We remain committed to working with allies in the broader digital asset community to shape the future of digital assets systems in a manner that’s inclusive, consistent with our democratic values and safeguard the integrity of the global financial system,” the official said.

The fact sheet described this as “promoting U.S. leadership in technology and economic competitiveness.”

The U.S. Commerce Department will be directed to create a framework to address these concerns, the fact sheet said, and to ensure that the U.S. remains a leader in using digital asset technologies.

Other agencies should be able to take advantage of this framework for their own policy or operational approaches to crypto.