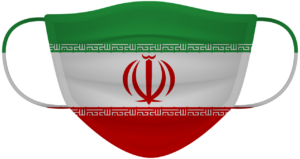 US authorities have imposed sanctions on a Singapore-based energy trader, accusing it of breaching restrictions on trade with Iran by purchasing oil worth millions of dollars.

Five Chinese companies have also been added to the list of sanctioned entities maintained by the Office of Foreign Assets Control (OFAC). All five are accused of helping facilitate payments for banned petroleum sales.

The Singapore-based company, Jiaxiang Energy Holding, has little internet presence and could not be reached by GTR. However, publicly available due diligence information from Infospectrum says it was incorporated in March 2017 and is owned by Wang Wei, a Chinese national.

It is accused of doing business with Trilliance Petrochemical Co, an Iranian trader that was sanctioned by OFAC in January this year.

The regulator says Trilliance brokered deals on behalf of Arya Sasol, another Iranian fuel trader, to facilitate the sale of oil to Jiaxiang Energy.

Trilliance also acted as a broker for another Iranian trader, Morvarid Petrochemical, which OFAC says enabled “the sale of tens of thousands of metric tons of petrochemicals, valued at tens of millions of dollars, to foreign buyers”.

Jiaxiang Energy, Arya Sasol, Morvarid Petrochemical and Trilliance were all able to use Chinese companies to hide their sale and purchase of Iranian oil, it adds.

Proceeds from Arya Sasol’s sales were processed by China-based Binrin Limited, while Trilliance used four other firms “to help settle, process and transfer millions of dollars in proceeds from petrochemical product sales”.

“The Iranian regime benefits from a global network of entities facilitating the Iranian petrochemical sector,” says US Secretary of the Treasury Steven Mnuchin.

“The United States remains committed to targeting any revenue source the Iranian regime uses to fund terrorist groups and oppress the Iranian people.”

The action is taken under the US’ secondary sanctions regime, which effectively means any non-US company carrying out non-US activity can still be the subject of enforcement action.

Several such actions have been taken against non-Iranian companies in recent months, many of which centre on China and the UAE.

In September, UAE-headquartered Trio Energy was sanctioned after brokering petroleum sales linked to Trilliance, while two Hong Kong-based companies were charged with facilitating shipment and resale to an unnamed Asian country.

The regime also extends beyond the oil sector – companies in Germany and the UAE were targeted by OFAC in June for supporting Iranian steel exports – and beyond Iran.

Increased US pressure on trade with Venezuela has caused a shipping joint venture between fuels trader PetroChina and state-run Petroleos de Venezuela to collapse, according to Reutersreports from August this year.

The OFAC announcement coincides with a Justice Department statement addressing the 1.1 million barrels of oil seized in August following a first-of-its-kind raid on four tankers sailing from Iran to Venezuela.

The government is now seeking legal permission to sell that cargo on, with assistant attorney general for national security John Demers saying any funds successfully forfeited would be provided to the country’s Victims of State Sponsored Terrorism Fund.

Coupled with a US Navy seizure of Iranian missiles that were en route to Yemen, the actions “represent the government’s largest ever forfeitures actions for fuel and weapons shipments from Iran”, the Justice Department says.