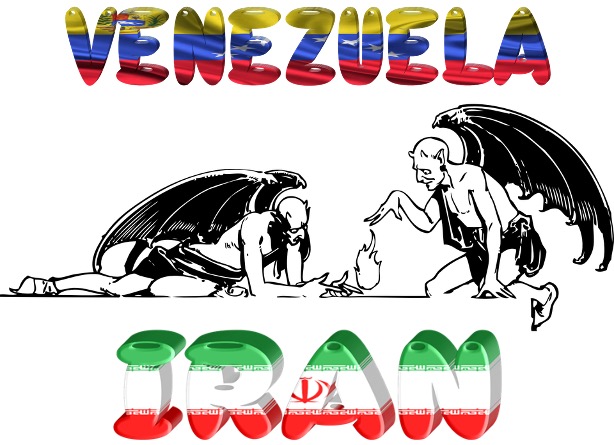 Although he is under house arrest and awaiting extradition to Miami, a Colombian businessman claiming to be a Venezuelan envoy to Iran has taken the unusual step of trying to dismiss his U.S. money-laundering indictment without being in custody here.

Alex Saab, who is wanted by federal authorities in Miami on charges of swindling $350 million from the Venezuelan government by paying off officials to secure building contracts, filed the motion through his legal team while he is awaiting extradition following his arrest in Cape Verde, the island nation off the west coast of Africa.

In court papers, Saab’s lawyers claim that he cannot be charged in the United States because he has diplomatic immunity and that he was on a Venezuelan mission to Iran related to a COVID-19 relief effort when he was arrested in June on an Interpol “red notice” issued by U.S. authorities.

The papers filed in Miami federal court include translations of documents showing Saab’s official designation as a Venezuelan envoy to Iran as well as correspondence between officials in the government of Venezuelan President Nicolás Maduro and Iranian officials about his coronavirus relief mission. The papers also include correspondence between Maduro and an Iranian official regarding Iranian oil shipments to Venezuela.

“This prosecution presents an alarming contravention of the United States’ international obligations and the Diplomatic Relations Act, which binds the courts to adhere to those obligations,” Saab’s legal team wrote in the motion filed Thursday to dismiss his indictment. “The moving defendant, Alex Nain Saab Moran, is a diplomat of Venezuela and was arrested at the government’s insistence in Cape Verde, while on a diplomatic, humanitarian mission to obtain medicine and supplies for Venezuela’s battle against COVID-19.”

Saab’s legal team also argued in court papers that the Colombian businessman did not commit money laundering in the United States and filed a related motion disputing his “fugitive” status in the criminal case in Miami. Saab had been jailed in Cape Verde but through his legal efforts was allowed this week to be placed under “house arrest” while facing extradition to Miami.

The U.S. Attorney’s Office in Miami declined to comment on Saab’s legal move, saying prosecutors will respond in a court filing due Feb. 22. But they are likely to argue that Saab cannot seek dismissal of his indictment until after he has been extradited to Miami and arraigned on the money-laundering charges.

Saab is politically close to Maduro and has been fighting his extradition to Miami with the backing of Venezuela’s government. Saab is among the latest defendants to be arrested in connection with a series of corruption and money-laundering cases filed in the United States that accuse dozens of current and former Venezuelan officials, business people and lawyers of stealing billions of dollars from Venezuela’s government and its state-run oil company, PDVSA.

Saab was charged along with Colombian national Alvarado Pulido Vargas, a fugitive, on charges of paying off Venezuelan government officials to obtain contracts to supply building materials for low-income housing projects, according to an indictment filed by federal prosecutors Michael Nadler and John Romano.

Federal prosecutors are seeking to confiscate $350 million of Saab’s assets, and have already seized about $12 million from his U.S. bank accounts over the previous two years.

While Saab boasts a high profile in South America, he also struck up a discreet relationship with a University of Miami professor who was implicated in an unrelated money-laundering case in South Florida.

Bagley, who is considered an expert on Latin American crime and money laundering, deposited Saab’s overseas transfers in his consulting company’s bank account and then sent most of the money to an unknown business, according to federal law enforcement sources. Of the total, Bagley kept about $300,000 in fees and must pay back most of that money, according to a court order. The former UM professor is scheduled to be sentenced in April.

In 2019, the U.S. Treasury Department sanctioned Saab for allegedly profiting from a no-bid contract to import food to Venezuela for Maduro’s socialist government — the very deal in which Bagley consulted Saab, sources told the Miami Herald.

The following year, Saab was indicted in Miami federal court on charges of conspiring to commit money laundering and multiple related counts tied to a public housing program run by Maduro. (In March 2020, the Venezuelan president was himself charged in an unrelated drug-trafficking conspiracy case linked to U.S.-designated terrorists in Colombia.)