What a New US Administration Could Mean for the Sanctions Landscape 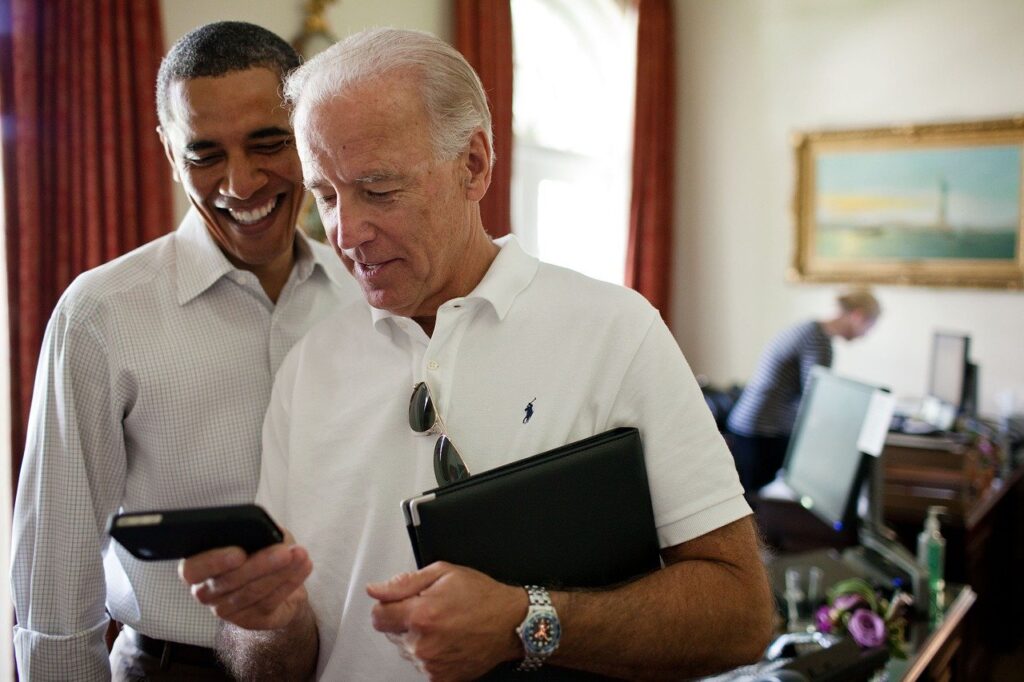 Guy Harrison compares the approaches to China, Iran and Russia we can expect from incumbent Donald Trump and candidate Joe Biden ahead of the US presidential election.

The past 12 months have been characterized by a significant increase in regulator activity. At a time of heightened geopolitical tensions, particularly between the U.S. and China, we’re seeing a surge in new sanctions and trade regulations. In recent months, those tensions have hit the headlines thanks to the ongoing legal battle between Chinese social media giants TikTok and WeChat and the US Commerce Department. And a further 24 Chinese companies were recently added to the Commerce Department’s Entity List for their alleged involvement in advancing Beijing’s territorial claims in the South China Sea.

But it doesn’t stop at economic sanctions: there has been a steady drumbeat of punitive actions taken against China, including new US export controls, visa restrictions on Chinese Communist Party officials and technology company employees, as well as an import ban of certain categories of goods produced by forced labor in Xinjiang.

Under the Donald Trump administration, sanctions and trade regulation have become a tool to further foreign policy goals, which is increasing the burden on compliance officers who must respond to unprecedented levels of new legislation. With the US election fast approaching, the prospect of more change is on the horizon.

The topic of foreign policy has featured prominently on the campaign trail this year; analysis of media coverage in Dow Jones’s global news database Factiva over the past month reveals that mentions of sanctions and trade regulation in trusted sources have nearly doubled compared to the same period during the 2016 campaign. What are the presidential candidates saying about the key regulatory issues? If elected, what could a Joe Biden administration mean for risk and compliance professionals? And how can teams keep ahead of the curve against this backdrop of constant change?

President Trump’s position on China has been consistent throughout his first term: economic sanctions, tariffs and other trade barriers have been introduced to reduce the trade deficit and promote domestic manufacturing. While frictions between China and the US have been long documented, the Covid-19 pandemic appears to have further exacerbated tensions.

Although there was initially some expectation in Beijing that a Biden presidency might end the trade war, he has also taken a strong stance, stating that the US needs to “get tough with China” in an essay for Foreign Affairs. In fact, many experts say that the US path towards China is already set, the only question is how aggressive or multilateral the approach might be.

Biden has accused Trump of turning a “blind eye” to the situation in Hong Kong, and has threatened to take action against China over the Hong Kong national security law if elected. He has also said he would strengthen policy on supporting Tibetan independence. If elected, we could therefore expect to see Biden respond more forcefully on account of perceived human rights issues, and a wave of new sanctions against Chinese officials.

What’s clear is China is a top strategic challenge for both candidates, and whoever wins the Presidential election is likely to maintain a hard line. Compliance officers in all industries must be prepared for the trade war to continue, whatever the outcome in November, and respond quickly to any new regulation that comes into play.

When it comes to Iran, the positions of the two candidates differ greatly. The Trump administration has maintained a hard line against Tehran, withdrawing the US from the Joint Comprehensive Plan of Action (JCPOA) in 2018, and consequently re-imposing a raft of sanctions. In September 2020, President Trump attempted to trigger the Iran Deal’s “snapback” mechanism, but this move was rejected by the other member states.

Biden, on the other hand, has said that he wants the US to re-join the nuclear deal with Iran. In a recent op-ed for CNN, the Democrat candidate said that if elected, his government would re-enter the agreement provided that Iran also returns to compliance, which would result in a lifting of secondary sanctions, which have been a source of friction between the US and the European signatories to the JCPOA. However, in the case of a Biden victory, Iran’s government would only have a few months to make progress on lifting sanctions, as President Hassan Rouhani is set to step down next year.

What would this mean for compliance teams? On the surface, a lifting of sanctions seems to reduce the complexity of doing business with Iran. However, Iran would remain a high-risk jurisdiction, especially in light of the expired UN arms embargo, and companies will still want to evaluate the other potential risks against potential gains.

US-Russia relations have become increasingly complex under the Trump administration. On the one hand, the US has introduced some of the toughest sanctions in years on key sectors and Russian officials close to President Putin under the Trump Presidency. For example, sanctions over Russia’s invasion of Crimea in 2014 have not been lifted; President Trump approved the sale of lethal weapons to Ukraine; and just last month, the Treasury Department imposed sanctions on four people linked to Russia for attempting to influence the presidential election.

However, critics would argue that his approach has been inconsistent, pointing to his frequent praise of President Putin’s leadership, as well as delays in implementing congressional sanctions. For example, neither Turkey nor India, who purchased S-400 missiles from a sanctioned Russian firm, have been sanctioned, as was mandated under the 2017 Combating America’s Adversaries through Sanctions Act (CAATSA).

Everything would indicate that a Biden Presidency would up the pressure on Moscow. Throughout his time in Congress, the Democrat candidate has demonstrated a tough stance against the Kremlin. In his role as Vice President, Biden was pushing for sanctions against Russia in response to the 2014 Ukrainian crisis. He has also long been opposed to Nord Stream 2, calling the gas pipeline “a bad deal for Europe”. And last month, he warned that Russia would pay an “economic price” for continuing to meddle in US elections if he wins the White House in November.

Undoubtedly, Biden’s handling of US-Russia relations is going to be very different than President Trump’s, and we can expect to see a raft of new economic sanctions against Russia, as well as stricter enforcement of restrictions already in place that compliance officers will need to keep track of.

Keeping ahead of the curve

Regardless of the result of the upcoming Presidential election, compliance professionals must brace themselves for tumultuous times ahead. In the case of a second term for the Trump administration, we will most likely continue to see new and updated sanctions and trade regulations. While a Biden victory could result in a dramatic shift in foreign policy that businesses will need to respond to. And with the inevitable wave of legislation change post Covid-19, there is no let-up in sight for those of us working in the compliance space.

Now is the time for compliance teams to get their house in order; access to quality, reliable and accurate information has never been more important than in times of change. The teams that have the right combination of data, tools and therefore nimble compliance processes in place will be better equipped to respond to new policies. This foresight will be vital as high profile policy changes are bound to be backed up by high profile enforcement.