The 15 Most Influential Crypto Cities in the World 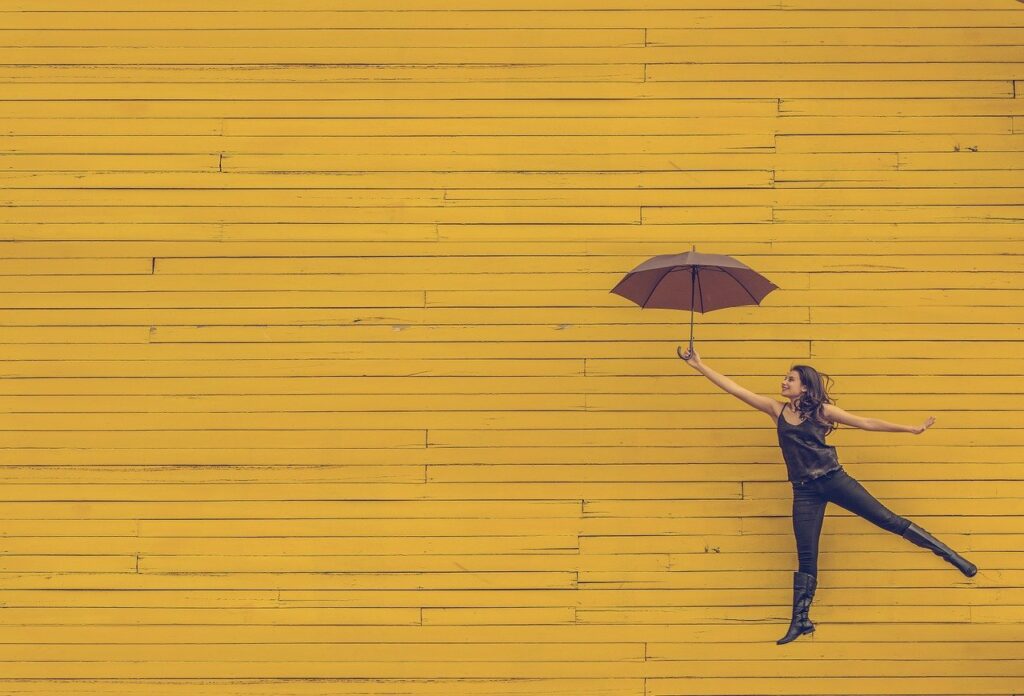 Crypto has gone global. Here are the top 15 cities that have—for good or bad—impacted the growing industry.

Crypto is a global community of people who are increasingly living in a digital metaverse. But even as they embrace a decentralized world, physical places still matter very much—after all, no one can live entirely in a blockchain.

That’s why Decrypt has assembled a list of the most influential crypto cities in the world. These 15 places are shaping the technology, culture and policy that make crypto what it is. They were chosen not because they are desirable places to live (though many are) but because, for one reason or another, they have exerted an outsized influence on crypto.

The list was the product of intense debate among a small group of group of Decrypt editors and staff writers and represents regions from around the world. Did your town make the cut? Read on to discover our rankings, beginning with number 15.

London’s status as a major financial hub has long given it an edge in attracting crypto innovators. The original Bitcoin wallet provider, Blockchain.com, calls the U.K. capital its home as do newer firms like Ethereum wallet Argent and digital asset custodian Copper.

The city was crucial enough to host the second-ever Devcon, Ethereum’s largest event back in 2015.

But its influence is waning. The U.K.’s Financial Conduct Authority (FCA) has taken sharp aim at crypto, chasing off top crypto exchange Binance and telling crypto investors to be “prepared to lose all their money.” Couple that with the UK’s split from the EU, and companies may give serious consideration to basing their European operations elsewhere.

As New York state was making it tough on crypto companies and the federal government hemmed and hawed over how exactly to construct a regulatory framework, Wyoming went all in. The Republican-led legislature in Cheyenne, the state capital, worked with private industry to craft the most friendly blockchain tech and cryptocurrency laws in the country.

Now, Kraken, Avanti and others are setting up banking outposts in the Cowboy State. More are sure to be coming, thanks to Bitcoin-friendly pols like Senator Cynthia Lummis, who calls Cheyenne home.

You know when people talk about Bitcoin’s use as an inflation hedge? When they talk lovingly about the freedom of peer-to-peer transactions? They’re talking about what’s going on in Nigeria.

Lagos is the largest city and financial center of Africa’s biggest economy, which has been battered by six consecutive years of double-digit inflation.

The Nigerian capital has been ground zero for popular resistance against the central bank’s monetary policy and restrictions on cryptocurrency. This year, Nigeria topped the list for peer-to-peer trading volume in Africa—and came in second only to the U.S. worldwide.

Tel Aviv is Israel’s primary tech hub and a hotspot for startups—it has more per capita than any other city outside California. Blockchain tech is no exception. The city of over 432,000 claims 90 of Israel’s 150 blockchain companies. One such company, Unbound Security, which uses a new type of cryptography to store digital assets, was acquired by Coinbase in November 2021. Bitcoin lender Celsius Network opened an office there in February.

Zug was almost left off the list due to a technicality: It’s not big enough to be a city. But the Swiss town of 30,000 punches above its weight. It’s the headquarters of the Ethereum Foundation, which helps guide a cryptocurrency with a market cap of nearly $500 billion.

The Zug canton, known as “Crypto Valley,” has also attracted Ethereum rivals Tezos, Dfinity, Bancor, and Cardano. And as of this year, those companies can even pay their taxes in crypto. Zug, known for its sleepiness and slopes, drew up the crypto-friendly playbook that more exotic locales like Miami have only just capitalized on.

Singapore is a major financial hub, and it has only gained stature in the crypto world as China has clamped down on crypto activity and Hong Kong falls under the mainland’s orbit. Coinbase and Binance, two of the world’s largest exchanges, are seeking licenses from the Monetary Authority of Singapore to operate there.

Even without them, the city-state already has a lively crypto scene that includes the headquarters for market data firm Nansen, exchange Crypto.com, and DeFi protocol Kyber Network.

The markets of Kreuzberg district in Berlin became renowned all the way back in 2013 for accepting Bitcoin, at one point having the most cryptocurrency-accepting businesses per meter of anywhere in the world. But Berlin has been hip on the Ethereum scene for almost as long. It was the site of the initial Devcon in 2014, then became the hottest hackathon space in Europe with ETHBerlin. At least 15 blockchain companies today call Berlin home, including Centrifuge and Gnosis.

Still waiting for a Bitcoin ETF? Not in Canada. The Ontario Securities Commission, headquartered in Toronto, has approved loads of exchange-traded funds this year—Ethereum, Bitcoin, and crypto combinations—so that they can trade on the Toronto Stock Exchange.

While Bitcoin ETFs have yet to make it to Canada’s much bigger neighbor to the south yet, Toronto is known for exporting innovation. It’s the adopted home of Ethereum creator Vitalik Buterin and the birthplace of co-founder Joseph Lubin, who went on to build Web3 software and investment company ConsenSys.

Portugal is one of the few countries that doesn’t tax capital gains on cryptocurrency earnings, meaning that digital ledger devotees can let their hair down in Lisbon.

This fall, Ethereum community members and Solana stans descended on the city and its beaches to attend ETHLisbon and Solana Breakpoint. With London’s waning influence and Portugal’s welcoming attitude toward financial innovation, Lisbon is primed to attract more than just parties and hackathons in the future.

Fairly early in Bitcoin’s existence, the New York state regulatory framework known as the BitLicense drove out crypto companies like ShapeShift and Kraken. But New York City’s next Mayor, Eric Adams, is pushing to attract and retain companies in the U.S.’s financial capital. Adams has vowed to take his first three paychecks in BTC, upping Miami Mayor Francis Suarez’s commitment to take one paycheck in BTC.

Even without NYC Coin, it’s hard to argue against the city’s influence, where Wall Street has blended with fintech to give investors Galaxy Digital, Gemini, Paxos and Grayscale—not to mention ConsenSys and OpenSea.

Bitcoin maximalist and El Salvador President Nayib Bukele has become one of the loudest and proudest advocates for the flagship cryptocurrency ever since announcing it as legal tender earlier this year.

Bukele has also shown a commitment to mining Bitcoin with renewable energy—from volcanoes. Though that hasn’t caught on yet, the proclamation from San Salvador has other Latin countries that are struggling with inflation and meager foreign reserves thinking about adopting Bitcoin as a national currency, too.

With lockdowns and restrictions having limited gatherings for a year, Bitcoin and cryptocurrency advocates needed a place to go. Nearly 15,000 people were welcomed to Bitcoin 2021 Miami by its amiable mayor, Francis Suarez.

Suarez has put crypto at the core of his agenda—pushing to allow city workers to be paid in Bitcoin, advocating for the asset to be added to municipal coffers, and, of course, encouraging companies to set up shop.

Which they did. In June 2021, crypto exchange Blockchain.com announced it would be moving its U.S. headquarters from New York City to Miami. FTX, meanwhile, splashed out tens of millions to get the naming rights for the Miami Heat stadium. Suarez’s embrace of Bitcoin has other companies rethinking where to locate their headquarters.

Beijing won’t be a crypto fan favorite, but few other cities can boast having such an impact on the industry.

Since 2017, China has prohibited cryptocurrency trading. The Beijing-based government went one better this year when it banned mining. The move sent crypto prices into freefall and fundamentally changed the geopolitical makeup of the Bitcoin mining industry.

With a fast-moving centralized government, Beijing could snap its fingers to lower electricity prices and woo back mining firms, as Russia has done. For now, though, it’s happy to focus its efforts on the digital yuan. Success with its massive pilot could sway other countries to explore a central bank digital currency.

Crypto markets rise and fall on the legislative and regulatory rumors that leak out of D.C.

And there’s been plenty of leaking. Under new chairman Gary Gensler, the SEC has pushed for tougher consumer protection laws, claimed the DeFi space is teeming with unregistered securities, and even threatened to sue one of the biggest companies in the industry, Coinbase. Add that to an infrastructure bill that snuck in language redefining crypto brokers, and you might think the U.S. capital was out to kill crypto.

But Bitcoin advocates like Ted Cruz (R-TX) and Cynthia Lummis (R-WY) have kept the flag flying, while industry lobbying groups such as Coin Center and The Blockchain Association have gained the ear of policymakers while increasing their clout with consumers.

You may have read that everyone is fleeing San Francisco because of the pandemic. Don’t believe the FUD: It still holds sway. Kraken, OKCoin, and Robinhood all have big footprints there—not to mention Coinbase, whose executives are still clustered in San Francisco even as the firm professes to be decentralized. And the Bay Area is home to not only Google but also the crypto-powered search engine that hopes to supplant it: Brave.

Want funding? Chances are you’re headed to see Andreessen Horowitz down the road in Menlo Park. Just looking to get off the ground? You’d probably be overjoyed to be accepted to Y Combinator in Mountain View, as Coinbase was.

The Bay Area remains the center of the blockchain universe.