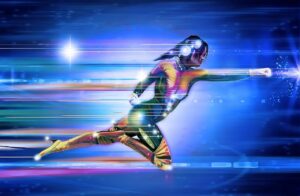 The terrorism and extremism landscape has shifted significantly over the past several years, but global counterterrorism and particularly counterterrorist financing (CTF) practices have been slow to adapt. CTF has traditionally been conceptualized as stopping the flow of funds to terrorists or “following the money,” but CTF has much more utility than just those narrow ideas in the fight against terrorism. The way the international community thinks about CTF is out of date, and global efforts to prevent and detect terrorist financing are falling short. Fortunately, a conceptual shift and a broader scope for CTF policy and practice can yield significant benefits. Improved policies should expand the criminalization and financial intelligence approach to CTF to include covert and disruptive action against terrorist financiers and financial activity, and reevaluate financial exclusion—such as sanctions and derisking—and their utility against both new and old threats.

The political violence ecosystem consists of a wide variety of groups and movements. Old, familiar terrorist groups such as al-Shabaab, Hezbollah and the Islamic State remain persistent (or renewed) threats; these groups direct terrorist attacks but also inspire actors to conduct violence on their behalf. The political violence ecosystem is also now home to more diffuse threats. There are myriad white supremacist and neo-Nazi organizations active today, as well as broader extremist movements that can motivate individual members to engage in violence to advance their political or ideological agenda, such as QAnon, the boogaloo movement and incels. The terrorism and extremism landscape is also increasingly diverse in terms of the organizational levels of actors, ranging from extremist movements to groups to cells and individuals. This presents challenges for counterterrorism practitioners, as contemporary counterterrorism tools were designed primarily to combat terrorist groups or coherent organizations. These tools have been slow to adapt to more isolated cells, individuals and nebulous movements.

Counterterrorist financing as a counterterrorism approach gained global prominence after the 9/11 terrorist attacks, although its roots can be traced to both the conflict in Northern Ireland and the Israeli-Palestinian conflict. Critiques of the CTF approach argue that “following the money” hasn’t resulted in any disrupted attacks, and that terrorist groups (here, the Islamic State is often invoked) are wealthier and more capable than ever. However, many of these critiques only acknowledge the superficial objective of “stopping the flow of funds” and fail to see that CTF policies and practices have evolved significantly since 9/11. Broadly speaking, the academic, practitioner, and policy communities’ understanding of what CTF achieves, and how it does so, has been too narrowly focused on a few metrics like assets seized or legislation enacted, which don’t, in practice, tell us much at all about the state of terrorist finances or the utility of the various CTF approaches.

Criminalization of terrorist financing has enabled law enforcement to investigate and prosecute individuals involved in raising funds for myriad terrorist groups, from the Tamil Tigers to the Islamic State to al-Qaeda to Hezbollah. The utility of this approach against individuals inspired by extremist movements or against hateful ideologies is less clear. Criminalization has been limited by interpretation in some jurisdictions. Take Canada, for example. Despite a number of terrorist attacks and thwarted plots, only two terrorist financing charges have been brought against individuals in Canada, and none was brought in the case of the Toronto 18, arguably the biggest, most expensive terrorist plot in Canadian history. While criminalization of terrorist financing will remain an important “base layer” of CTF, other approaches yield more promise in terms of countering the current political violence threat in all its incarnations. Global efforts need to focus on investigating and prosecuting individuals involved in all aspects of financing, from individuals raising, using, and moving funds for terrorist groups or operational purposes to those helping them obscure the source and destination of those funds as well as those managing and storing the funds. Parallel (or, better yet, integrated) financial investigations are crucial to combating both existing and emerging threats, but few jurisdictions do this well, or at all.

A secondary objective of CTF is to exploit financial intelligence to follow the money and facilitate other counterterrorism investigations and charges. Financial intelligence is often conceived as something that banks and other financial entities generate through mandatory or suspicion-based reporting. However, financial intelligence can also be derived from signals and human intelligence and should be conceived as anything that provides financial insight. Financial intelligence has helped uncover the capabilities and preparatory steps of individuals engaging in terrorist activity, and has helped illuminate terrorist networks. In a landscape of more diffuse threats, financial intelligence holds much promise. It can aid in identifying sources of funds (including for things like website hosting, disinformation campaigns and crowdfunded “prison break” campaigns) and relationships between individuals. And, when terrorist activity is developing, it can elucidate actors’ levels of planning, preparation and capability. The amount of money involved in most of this activity is far less important than the relationships and influence that it reveals. The intelligence approach to CTF can also identify opportunities for covert action and more creative ways to disrupt terrorist financing other than with just arrests and prosecutions.

As part of the regulatory approach to CTF, banks, money service businesses and other financial entities are required to report particular types of transactions, as well as transactions deemed suspicious, to law enforcement, security services, and/or financial intelligence units, depending on the jurisdiction. The utility of these regulations for CTF, originally meant to combat money laundering, is limited. Absent lead information from law enforcement or security services, detecting terrorist financing in everyday transactions is nearly impossible. Most transactions appear innocuous or benign and fail to meet either mandatory reporting thresholds or thresholds of suspicion. Governments need to increase collaboration between the banking sector and law enforcement and intelligence agencies and encourage more targeted approaches to financial surveillance within the context of robust human rights, privacy and legal frameworks. Using a targeted approach, rather than one reliant on mass surveillance or mandatory reporting, is likely to yield more useful leads and intelligence in terrorist financing investigations. Countries that do so stand a better chance of obtaining useful intelligence from the financial sector.

The collaborative and targeted approach applies equally outside of traditional conceptions of the financial sector. Increasingly, financial transactions are conducted in whole or in part through social media and text messaging applications such as WhatsApp, as well as through cryptocurrency and other financial technologies. While many of these financial actors are regulated like money service businesses or their financial services are provided by existing banks or financial entities, the small amounts and low overall volume of these transactions will make detecting terrorist activity next to impossible. Combined with the low cost of preferred terrorist attack modalities, the ease of sending funds through these new methods means that terrorists can finance their activities quickly and easily through formal or informal crowdfunding campaigns or by soliciting funds from a couple of contacts.

Today’s terrorism ecosystem demands a multifaceted approach to CTF. Terrorist and extremist groups, cells and individuals all finance their activities in different ways depending on the scope and scale of their activities, as well as the jurisdictions in which they are operating. CTF policies and practices need to reflect this, as does analysis of the effectiveness of those methods. It is no longer sufficient (if it ever was) to consider CTF as simply about stopping the flow of funds and following the money.

Instead, the international community needs to seek out and incorporate additional methods of CTF by expanding the conception of financial intelligence and its utility, considering covert and disruptive action if arrests and prosecutions aren’t possible, and rethinking approaches to financial exclusion through sanctions and derisking. Financial intelligence is a way to identify networks and relationships, understand intent and capability, and deploy covert action. International organizations like the Financial Action Task Force and the Egmont Group, charged with enhancing information sharing and setting global norms on these issues, risk being unresponsiveif they promote a limited approach to CTF focused only on criminalization. Failing to see the possibilities of CTF and financial intelligence will render CTF practices irrelevant in an age of social media, novel financial technologies and amorphous terrorist movements.