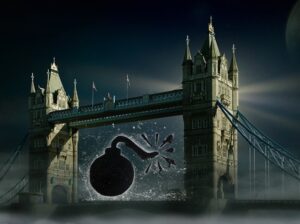 Pakistan has a reputation as the state sponsor of terror. The country now has a new feather in its cap – it leads the pack of countries washing dirty money in Britain. Pakistan has been funnelling terror funds into the UK, according to Britain’s investigation.

A report released by the UK treasury department called the “national risk assessment of money laundering and terror financing – 2020”.

It report illustrates how the United Kingdom has become a hub for Pakistan’s dirty money and how criminals and terrorists exploit the loopholes in the British financial system.

In page 35, there is a section on Pakistan. It describes how the UK’s close economic links with Pakistan is hurting the country.

The report says the economic links is enabling the transfer of illicit funds in disguise – that’s code for black money.

The report says these are proceeds from corruption and drug trafficking as criminals siphon dirty money into the UK then they buy assets like jewels and property turning the illicit cash into legitimate assets.

Pakistanis are however not the only ones. The report names other countries and regions like China, Hong Kong, and the UAE.

The report shows how the UK’s financial system is flawed as it helps those with black money.

The biggest problem is how cash is transferred. In the UK, money remittance and foreign exchange shops on the streets especially in areas with a higher number of immigrants.

Immigrants use these shops to send money home but, some shops reportedly also facilitate drug trade and violent crime.

Background checks for fund transfers is non-existent, according to one claim these shops “rarely ask for proof of address and source of funds”.

It is not just small shops even the big banks in the UK have been accused of enabling money laundering. Reuters reported that banks like HSBC, Barclays and Standard Chartered are under scrutiny.

They allegedly transferred more than $2 trillion worth of suspect funds in nearly two decades. The information came out when a cache of documents was leaked which makes the United Kingdom a hub for dirty cash and the money trail leads to criminals, gangs, drug traffickers and terrorists.

Britain has opened its banks and financial institutions to countries like Pakistan, however, most countries don’t do business with Pakistan or give it loans. Foreign investors also keep their distance, even China wants guarantees from Pakistan for new loans.