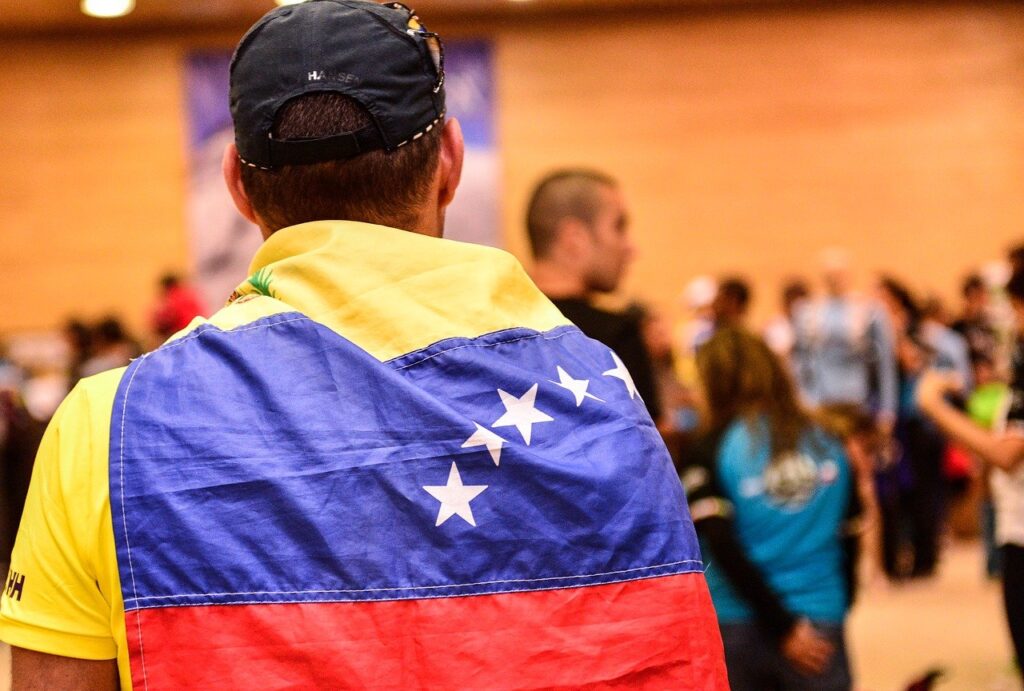 They’re not police officers, civil servants or members of the Venezuela government, which has all but disappeared from this impoverished part of the country.

Quite the opposite: They belong to one of Latin America’s most notorious rebel groups, considered terrorists by the United States and the European Union for carrying out bombings and kidnappings over decades of violence.

Venezuela’s economic collapse has so thoroughly gutted the country that insurgents have embedded themselves across large stretches of its territory, seizing upon the nation’s undoing to establish mini-states of their own.

And far from fleeing in fear or demanding to be rescued by the authorities, many residents here in Venezuela’s borderlands — hungry, hunted by local drug gangs and long complaining of being abandoned by their government — have welcomed the terrorist group for the kind of protection and basic services the state is failing to provide.

The insurgents “are the ones who brought stability here,” said Ober Hernández, an Indigenous leader on the Guajira peninsula next to Colombia. “They brought peace.”

Marxist guerrillas from the National Liberation Army, known as the ELN, Latin America’s largest remaining rebel group, began crossing into Venezuela’s portion of the peninsula last year from Colombia, where they have been at war with the government for more than 50 years.

With his country in tatters, Venezuela’s authoritarian leader, Nicolás Maduro, has long denied the presence of Colombian insurgents on his soil. But by some estimates, guerrilla fighters from across the border now operate in more than half of Venezuela’s territory, according to the Colombian military, rights activists, security analysts and dozens of interviews in the affected Venezuelan states.

The insurgents’ reach into Venezuela became even more evident last month, when the government launched the biggest military operation in decades to displace a dissident faction of another Colombian rebel group — the Revolutionary Armed Forces of Colombia, or FARC — from the remote state of Apure, where the guerrillas set ambushes and improvised mines.

In the capital, Caracas, Mr. Maduro still holds a firm grip on the major levers of power, and his military is still capable of responding with force to threats to his rule. But in large parts of the country, the Venezuelan state and its authority are shrinking drastically, enabling armed groups and criminal organizations of all stripes to take over, often with devastating consequences.

We traveled to Venezuela’s Guajira peninsula in March at the invitation of Indigenous leaders to document the retreating state and the lawlessness filling the void.

Caught in the crossfire, Wayuu families recounted fleeing their homes at night and calling out to straggling children as they ran, leaving behind all their possessions, their livestock and the fresh graves of their relatives.

Hundreds of them escaped across the scrubland into Colombia. Those who remained said they lived in terror, resigned that Venezuela’s government offered them no protection.

Then, they said, ELN rebels with guns and Colombian accents began to show up last year, offering the Wayuu help. Organized and well-armed, the ELN quickly displaced the local gangs that terrorized villages. The guerrillas imposed harsh penalties for robbery and cattle rustling, mediated land feuds, trucked in drinking water, offered basic medical supplies and investigated murders in a way the state never did, residents said.

It was hardly a charitable undertaking, though. In return for bringing stability, the ELN took over the smuggling and drug trafficking routes in the area, much as they have in parts of Colombia. They also began taxing shopkeepers and ranchers.

Like elsewhere in Latin America, Venezuela harbored illegal armed groups long before the current economic crisis. Colombian guerrillas have used the Venezuelan countryside as a haven for decades, and neglected Caracas shantytowns have long been home to organized crime.

By Anatoly Kurmanaev. April 26, 2021, published by the New York Times