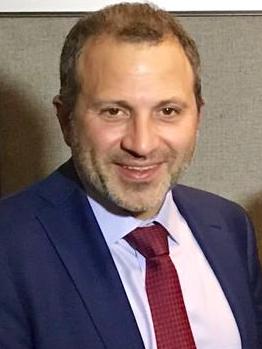 The Trump administration is expected on Friday to impose sanctions on one of Lebanon’s most powerful Christian politicians in an effort to chip away at Hezbollah’s grip on power, according to people briefed on the move.

The U.S. is preparing to sanction former Foreign Minister Gebran Bassil for assisting his key ally, the pro-Iranian political movement Hezbollah, said a U.S. official and another person briefed on the plan. The move is likely to upend attempts to form a new cabinet in crisis-ridden Lebanon.

The White House has been expediting key sanctions targeting American foes in the Middle East, just 11 weeks before the end of the current presidential term.

Though a last-minute change is still possible, the decision has been approved in principle by the Treasury Department and Secretary of State Mike Pompeo, who is expected to unveil the sanctions in Washington Friday before noon, one person said.

Mr. Bassil couldn’t be reached late Thursday for comment. Earlier this year, when asked about the possibility of being sanctioned by the U.S. for his ties to Hezbollah, Mr. Bassil told The Wall Street Journal that working with the group was a political reality in a country in which the Shiite group is a dominant player.

“Everybody should be sanctioned in Lebanon, because everybody deals with Hezbollah in Lebanon, on all terms,” he said.

Mr. Bassil, the son-in-law of Lebanon’s president and head of the Christian-led Free Patriotic Movement, is at the center of efforts to form a new government in the wake of the massive Aug. 4 Beirut port explosion of a warehouse filled with volatile fertilizer. The blast killed 200 people, destroyed large sections of the city and brought down the last coalition government.

Anticorruption protests last year toppled the government led by Prime Minister Saad Hariri. But two successive prime ministers were unable to pull the country out of an economic and political tailspin. Lebanese politicians recently asked Mr. Hariri to return as prime minister, and he is trying to form a new coalition government. But Mr. Bassil has been accused by Mr. Hariri’s allies of seeking inordinate influence in the new government, slowing down the talks.

Mr. Bassil’s blacklisting would “blow up the formation of the government,” one person briefed on the matter said.