Why Understanding Illicit Trade Is Critical to Combat Terrorism 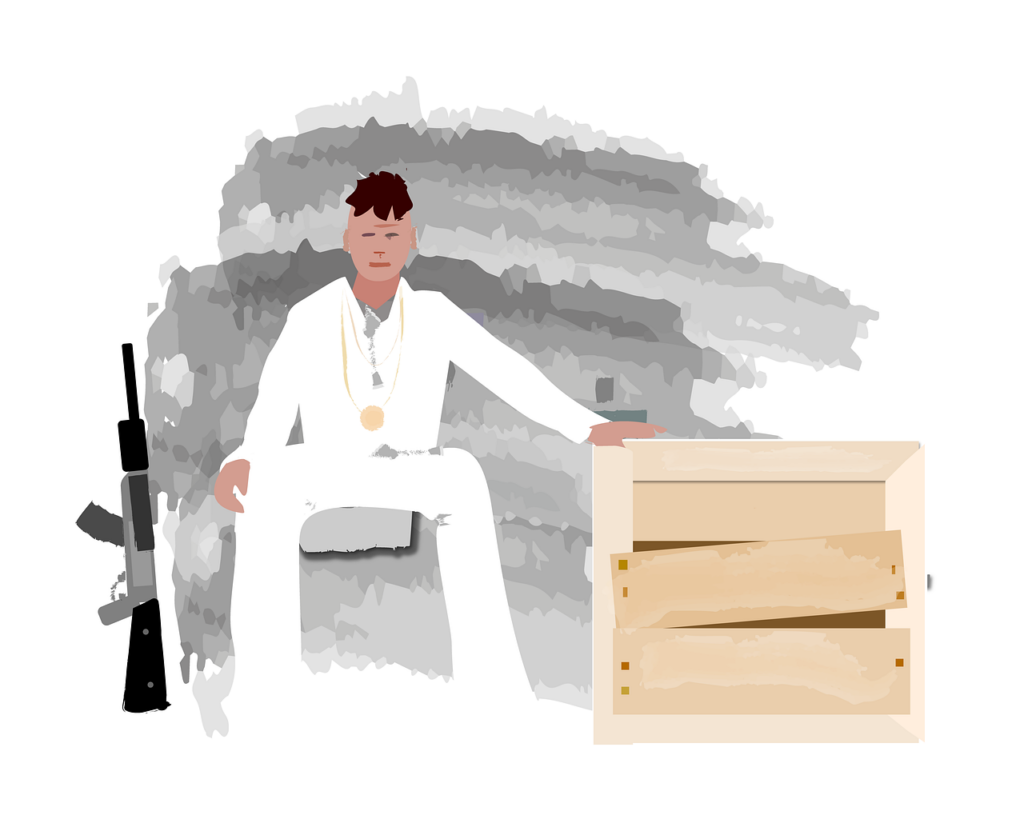 On Wednesday, Jan. 7, 2015, two men dressed in black got out of a Citroen C3 at 6 Rue Nicolas-Appert in Paris. As they entered the building, they realized they had the wrong address. They moved down the street to No. 10 – took the stairs, got to the second floor, drew their Kalashnikov assault rifles, opened fire, and murdered 12 people. Later, they were identified as Cherif and Said Kouachi and were considered responsible for perpetrating the attack on the office of satirical newspaper Charlie Hebdo.

Two years before, on Thursday, May 23, 2013, cars packed with explosives were detonated at the military barracks in Agadez, Niger. Suicide bombers launched simultaneous attacks on military and mining targets. Twenty-six soldiers were killed, and dozens were injured at a plant owned by a French nuclear company. Mokhtar Belmokhtar, commander of Al-Qaeda in the Islamic Maghreb, claimed responsibility for the attacks.

These two tragic events have several things in common. One of them is that their activities have been financed by commercializing counterfeit products and smuggling tobacco. Mokhtar Belmokhtar became known as “Mr. Marlboro” because of his cigarette-smuggling role across the Sahel region to finance his jihad. French customs caught the Kouachi brothers in 2013, attempting to introduce counterfeit Nike shoes from China by parcel posts illegally.

After the attacks, investigations revealed that French authorities stopped monitoring the Kouachi brothers permanently as Cherif’s telephone conversations with his contact indicated he was focusing only on counterfeiting of shoes and apparel. Seven months later, they burst into the newsroom of Charlie Hebdo.

These are just two examples of many that demonstrate how illicit trade and counterfeiting is a stable funding source for terrorist organizations and transnational criminal groups.

The Money and the Modus Operandi

In 2019 the OECD released a report, “Trends in Trade in Counterfeit and Pirated Goods,” revealing that counterfeit and pirated goods now stand at 3.3 percent of global trade. According to the World Economic Forum, $2.2 trillion will be lost this year due to illicit trade. This figure is on an upward trajectory given the explosion of e-commerce, accelerated by a lack of regulation in that space, and even more so by the COVID-19 pandemic, which is tragically being exploited by criminal networks.

Illegal trade affects virtually every industry, from tobacco products to everyday consumer goods like footwear, cosmetics, toys, technology goods such as phones and batteries, and luxury items such as watches and bags. Furthermore, and more worrisome, illicit trade also affects pharmaceuticals, medical equipment, food, and drink, which has devastating consequences for consumers.

Free Trade Zones and other international logistic hubs continue to be abused by criminal organizations, which take advantage of the lax control and oversight that results from these intermediaries’ criminal nature. These organizations use complex trading routes to deceive authorities, leveraging the financial flexibility that provides this low-risk, high-profitability business model.

Small parcel services have been rapidly co-opted by criminals, taking advantage of the increased demand of online shopping. Using a low-volume, high-frequency scheme, criminal organizations decrease the chances of detection, as enforcement authorities do not have enough resources to address the volumes arriving at different entry points to a country.

Generally speaking, terrorist organizations generate revenue from different sources, such as private donations, and in some cases legitimate businesses or state sponsorship. However, additional funding sources rely upon the proceeds of criminal activity: identity theft, abuse of nonprofit organizations, extortion of local communities, kidnapping for ransom, credit card fraud, and smuggling, and counterfeiting of goods. And due to several factors, the latter is one that has been increasing in prevalence as a funding mechanism.

First, illicit trade and counterfeiting of goods is a low-risk, high-profit business operation. For example, with tobacco products, an investment of $100,000 for 10 million counterfeit cigarettes in China could bring a return of more than $2 million at street value.

Second, it is easy for terrorist groups to blend with criminal organizations’ structures and leverage their expertise, routes, and facilitators to secure a revenue stream through established counterfeiting and smuggling networks. The network is the most important asset. As Italian author Roberto Saviano wrote in his book Gomorrah: Italy’s Other Mafia, “The Secondigliano clans realized that their vast international distribution and sales network was their greatest assets, even stronger than their illegal businesses.”

Third, the involvement of illicit trade of goods or counterfeiting provides a veil of anonymity that terrorist organizations appreciate and, thus, is becoming a preferred financing mechanism. The explosion of e-commerce allows a person in Hong Kong to sell counterfeit products to someone in the U.S. without the need to expose their identity at any point in the commercial transaction.

Finally, counterfeiting remains a less heavily sanctioned practice than other types of crimes.

Hezbollah has, for years, raised funds through the abuse of charity organizations. However, recently they have expanded by getting involved in criminal activities to diversify the group’s financial portfolio and protect their operations’ financing from the impact of sanctions on Iran. From arms smuggling and counterfeiting operations to credit card fraud and narcotics trafficking, Hezbollah has exploited under-resourced agencies in South America. It uses free trade zones to skirt taxes and duties. These products are then sold through a network of supporters and activists from the Middle East, and the revenues are transferred to Hezbollah.

According to the FBI, Hamas has raised funds through very lucrative criminal activities including but not limited to drug trafficking, credit card fraud, counterfeit products, fraudulent documents, cigarette tax fraud, and stolen infant formula. In 2002, the Paraguayan counterterrorism secretariat arrested Ali Nizar and his uncle Mohammad Dahroug, a Hamas activist, suspected of financing the terrorist group. According to the investigation, Paraguayan authorities identified wire transfers for $10 million to accounts around the world –revenues generated from the traffic of counterfeit apparel, tobacco, and pharmaceuticals.

Al-Qaeda is another terrorist organization that has been identified for financing their activities through illicit trade and counterfeiting. In November 2008, Saifullah Anjum Ranjha, legally residing in Washington, D.C., and Maryland, was sentenced to more than nine years of jail time for conspiring to launder money and terrorist financing. The investigation unveiled that Ranjha and his partners provided an alternative remittance system for individuals involved in large-scale criminal activities, including drug trafficking, smuggling, counterfeiting, and arms trafficking supporting al-Qaeda operations.